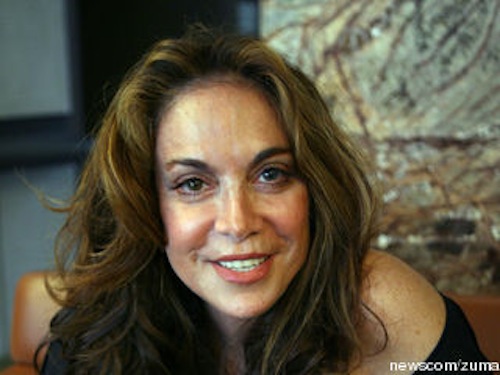 Anti-Islam blogger Pamela Geller, who requires only a few drops of precious blood.

When a federal building exploded in Oslo on Friday, anti-Islam blogger and 2010 Combat! Worst Person In the World (Cheap Hustler Division) Pamela Geller quickly proclaimed “Jihad in Norway?” She followed it up with a stern lecture on the consequences of ignoring jihad—which she loosely defines as the continued existence of Islam—and a link to this fun item, titled “Norway: ALL rapes in last 5 years committed by Muslims.” Geller is a professional bigot, so it’s important for her to jump on such news items as they emerge. Possibly because all available Muslims were scrambling to cover Norway’s rape quota, however, Friday’s attacks were not carried out by Islamic terrorists. They were carried out by Christian terrorist Anders Breivik, whose 1,500-page manifesto cites Geller by name.

She has since taken down the original Jihad in Norway post, possibly as a result of its prominent feature in this Slate article, among other places. As William Saletan points out, Geller sounds more than a little hypocritical when she says she shouldn’t be tarred with the same brush as Breivik simply because he acted under her aegis. After all, she has repeatedly argued that there is no difference between mainstream and jihadist Islam, that advocates of multiculturalism are quislings to a Muslim invasion, that a mosque in downtown Manhattan was the “second wave of the 9/11 attacks,” et cetera. Her operating premise is that all Muslims act as a globally unified terrorist conspiracy, yet she insists that the anti-Muslim extremist who plugged her blog before systematically murdering 70 children at a summer camp bears no relation to her.

It’s hard to begrudge Geller that argument. If a fan of my blog organized a coordinated terrorist strike in order to further the ideology advocated therein,*

I would be water-testing the reasons why I had nothing to do with it, too. Not just for public relations, either—I would need to convince myself so that I could eventually go to sleep. An ideology is one thing, even if it’s a paranoid, xenophobic ideology. A plan to murder schoolchildren and random government employees is quite another.

Except maybe not. Breivik’s act reminds us that an ideology is, above all, a prescription. Here is the world as it is, our most serious theories say, and here is what must be done. Insofar as it lacks that second part, an ideology is incomplete. The Norwegian “solider for Christ” says as much is his paranoid indictment of Critical Theory:

This equivalence is idiotic, or course. Political correctness is Marxism in the same way that having dinner with your married friends is swinging, which is to say not at all. But Breivik is right when he claims that to believe in an ideology is necessarily to believe in action. His ideology is profoundly stupid and hateful, which explains why his solution to Norway’s problems was to murder children. But the connection between that ideology and his acts is undeniable. That’s probably why Geller is so upset.

We have a word in America for ideas held separate from any sort of real-world behavior, and that word is “entertainment.” When Geller isn’t trying to shut down someone’s church or connecting infanticide to the Koran, she’s arguing that her relentless blood libel of the world’s second-largest religion is merely commentary. That’s probably true for her. It seems unlikely that Pamela Geller actually believes every rape in Norway is committed by a Muslim. She says so on her blog, though, and one is forced to ask the question that responsible writing invariably entails: How would a person act if he read this and agreed?

Anders Breivik is not the answer to that question; he merely tells us how a crazy person would act if he read Geller and agreed. As a referendum on her ideology, though, this is a difference of degree and not kind. Regardless of how seriously Geller takes herself, she is propagating a virulent system of beliefs that dehumanizes an enormous portion of the world’s population. Probably, she’s just doing it for the money. I’m sure a bunch of dead children in Norway would love the opportunity to hear why that excuses her behavior, but they will never get it.