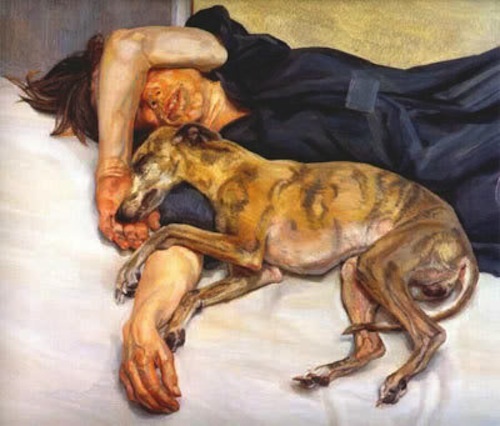 As I write this, my neighbor Greg is watching me from his front stoop, which he does for pretty much the entirety of my workday. Greg is not employed; he receives Social Security disability payments and lives in a state-subsidized apartment, leaving him and his girlfriend free to drink beer on the stoop from 11am to sundown—which, in Missoula this time of year, happens around 9:30. Because my desk is in my window, Greg is under the impression that I spend all my waking hours on the computer. That’s only kind of true; Greg just sees me whenever I’m on the computer because he is always looking, and I am on the computer a lot because that’s my job. As a self-employed person, I pay double Social Security,*

so I sometimes imagine that I am covering myself and Greg, too. I try not to, though, because he is super nice. Last night, when he drunkenly greeted me upon my arrival home, he noticed that I was sick and joked that I had caught a computer virus. It was pretty funny, especially for a guy who had been drinking for 10 consecutive hours. It was also infuriating, since I am not just a nerdy shut-in the same age as Greg but also one of the large number of people who work to ensure that he does not die. This is what we call the Problem of Others.

Fact: there are so many other people out there as to make you utterly powerless. The smartest, strongest, most capable person is as nothing compared to two people, and there are way more than twice as many other people as you. Hence the terrifying potential of a group like Anonymous, the vaguely organized population of hackers, script kiddies and 4chan junkies ostensibly raided by the FBI this week. Anonymous is best known in the press for distributed denial of service attacks, in which thousands of computers—often mustered via botnets—simultaneously flood a given server with data requests in order to crash it. Because Anonymous relies on the voluntary participation of a large number of people who don’t know one another, its targets are “chosen” in roughly the same way viral YouTube videos are chosen: by aggregation of interest and/or sheer fad. Perhaps that’s why Tuesday’s FBI raids netted three suspects “in their late teens to early twenties” and one laptop. Take that, massive internet counterculture.

It’s possible that Fox News and the FBI do not grasp the scope of their adversary, here. In this way they resemble Harry Reid, whose gnawing sense that he is contributing no meaningful solutions to the country’s most pressing problems exploded into full-on paranoia yesterday. The Senate Majority Leader accosted White House budget director Jack Lew at a deficit-reduction meeting, saying, “I’m the Senate Majority Leader—why don’t I know about this deal?” He was referring to a rumored agreement between President Obama and John Boehner that turned out not to, um, exist. Don’t worry, Harry Reid—no one else is helping, either. Your majority is secure.

I bet I wouldn’t say that to Senator Reid if he were actually here, or even across the street with Greg seeing how long he could hold a firecracker in his hand.*

It’s kind of like how strangers rarely stop me in real life to explain how little they care what I have to say, yet it happens all the time on my blog. Psychologists and XBox Live subscribers will recognize the Online Disinhibition Effect, by which otherwise friendly individuals seize on the anonymity and distance of the internet to treat other people as if they were, well, objects in a video game. Scholars warn us not to mistake the disinhibited online self as some sort of “true” self; it’s just the self in absence of consequences or any authority but its own conscience. I will leave the cynics to speculate on what that says about the strength of most consciences.

You can’t see the true self with a computer anyway; you need A) the awesome power of love or B) solid drafting skills. Lucian Freud had an obvious abundance of the latter and, in my opinion, a subtle overflow of the former, and now he is dead. The grandson of other notable dead person Sigmund Freud produced several grotesquely intimate/intimately grotesque portraits of friends, loved ones and celebrities, including the one at the top of today’s post. Yes, that’s a whippet and yes, that’s a mouth pose you see all the time in real life but almost never in paintings. Hence Freud’s peculiar genius, which made the real gross even as it reminded us of our affection for it. If there is a better visual analog for the Problem of Others, it’s probably a YouTube video.

Yup—found it. Hip hop “heads,” as actual hip hop heads are reluctant to call people like myself, already know about the forthcoming collaboration between best rapper alive Jay-Z and fourth-weirdest rapper alive Kanye West. A few days ago, the track “Otis” was released to the internet and promptly copyright-noticed off the internet. Yet download versions continue to circulate, and who better to review them than this child in a death metal t-shirt?

My favorite part is when the video stops for a still shot of Mack listening to the song over six seconds of silence, followed by him coming to life again and explaining that he didn’t like it. I will say that this is the smartest, most articulate white adolescent I have ever seen review an unreleased Jay-Z song. And yet I disagree with his assessment, because “Otis” appears to be dope, even when it’s been pitch shifted to avoid a lawsuit. I never realized how much pitch-shifted Jay sounds like Nicki Minaj.