Hatchets? Sweet Jesus. In the interest of journalistic scruple, I am not completely certain that this video really was the nuclear announcement broadcast on North Korean state television yesterday, as it purports to be. Nobody knows. In an age of instantaneous global communication and 86% video monitoring of cats, North Korea is somehow a nation of 25 million people where we have no idea what’s going on. Here is an image of the Korean peninsula at night: 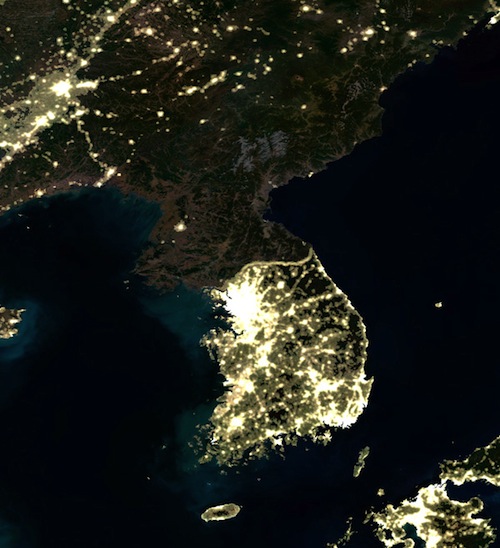 We don’t even know exactly how old Kim Jong-un is. We do know that he is the son of Kim Jong Il. Look at that name for a second. Say it out loud. Now say “John Paul II.” Kim Jong Il…John Paul II…they are basically both the same name. So we know that North Korea has tried to make a nuclear Pope before. We know that until yesterday, they lacked two materials:

Approximately 24 hours ago, in one fell swoop, their fever dreams came true. Benedict’s retirement means that the international black market is now flooded with Popes. We know Pyongyang has plutonium, most likely left over from their joint attempts with Iran to create an atomic mullah. Combining the two is not a question of how, but when.

Eternal poverty and obedience, huh? Sounds like the domestic policy of a certain rogue state in southeast Asia, to me. We were fools not to see it sooner. We would be fools not to recognize it now.