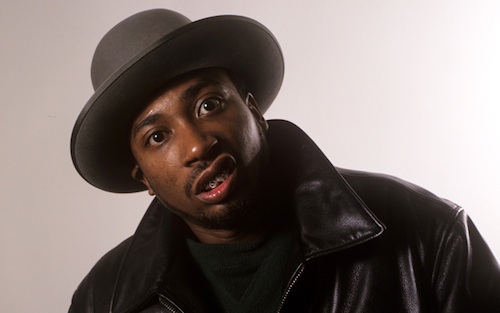 Old Dirty Bastard, who is not technically from Jersey or alive

During his 2008 trial for a shooting that occurred in 2005, Vonte Skinner saw his amateur rap lyrics used as evidence against him. The lyrics had all been written before the shooting and, according to this editorial in the New York Times, witness testimony against him was not credible, but Skinner still got 30 years. An appellate court overturned his conviction on the grounds that his raps should not have been admitted as evidence, and next week the New Jersey supreme court will hear the state’s appeal. The case raises some interesting questions about how society perceives hip hop and young black man. As Nielson and Kubrin put it, “no other form of fictional expression is exploited this way in the courts.”

The two make a good point when they note that no one thinks Johnny Cash really shot a man in Reno, or that Brett Easton Ellis is a monster for his graphic descriptions of violence in American Psycho. But the line between author and person is less bright in rap—particular gangsta rap, which is fixated on “realness.” That aesthetic is ironic, since gangsta rap is utterly fake.

In much the same way as British punk rock of the early 1980s, gangsta rap relies on an iconography that is shocking to non-fans. Mostly it centers on violence and the drug trade—images that began with NWA as a sincere if exaggerated depiction of life in the inner city but became artistic tropes.

Ghostface probably does not make and sell crack. Jay-Z probably did not become a millionaire before he released his first album. Such personae are so ubiquitous in gangsta rap—itself the dominant subgenre of hip hop for nearly 20 years—that fans recognize pretty much all of them as conceits. Still, much like fans of pro wrestling, they don’t like to see the persona contradicted.

Consider the case of Rick Ross, who became an object of ridicule after it was revealed that he was not actually rich off cocaine and had in fact worked as a corrections officer. Only the least sophisticated hip hop fan would be shocked to learn that an emcee who named himself after an LA coke kingpin was not actually a high-level drug dealer himself. But the conceits of gangsta rap, at that time ossified into genre conventions, demanded that everyone present himself as a criminal first and an artist second.

Whether the rigidity of these conventions have made gangsta rap stagnant or just very nuanced is a question for another post. But it has definitely made the genre foreboding and even reprehensible to non-fans. In the same way that the Sex Pistols are a joke to punk fans but indicated social collapse in 1980, gangsta rap is a fun fantasy to heads and proof of urban decay to critics.

Apparently it is also proof of evil to juries. According to Neilson and Kubrin’s editorial, the ACLU reports that courts found rap lyrics admissible in 14 of 18 cases where they were presented as evidence. Imagine a divorce proceeding in which one spouse’s country song about cheating hearts was offered as proof of infidelity. Consider how you would respond to the argument that Nabokov was a pedophile because he wrote Lolita in the first person.

The difference owes partly to gangsta rappers’ tendency to maintain their personae offstage, but it is also closely connected to how America perceives young black man. Rap is scary—maybe because it’s about drugs and violence and threatening to knock the meat out your taco, but also maybe because it is the music of the black city.

The people who listen to it may be overwhelmingly white and suburban, but the image it presents is of urban authenticity. Ironically, what is called “real” in rap is fake, the black experience as white America imagines it. Probably, our racial imagination should not constitute evidence in a court of law.