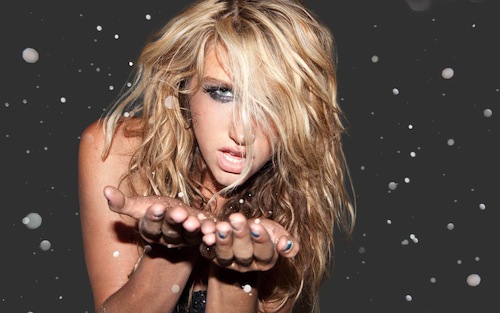 Regular readers of Combat! blog know that I do not like Ke$ha. For sheer use in lists and arbitrary examples, you could make a textually-supported argument that I like Ke$ha less than virtually all other pop culture phenomena. I dislike her music. I dislike her persona. I especially dislike what she represents about the music industry and, to a lesser extent, music journalism. Last week, on Grantland, the otherwise respectable Steven Hyden remarked that he is glad pop music critics like Ke$ha’s new album, Warrior. He cited Simon Reynolds’s favorable review at the New York Times. His argument was so compelling that I listened to “Crazy Kids” from Warrior. It did not make me like Ke$ha. Instead, it focused my Ke$ha-hating into a powerful laser, which I then passed through the prism of my liberal arts education to separate into its two components:

Item (1) is a matter of personal taste. Discussion of item (2) after the jump.

Here is “Crazy Kids” in all its tastefully auto-tuned glory:

If you are like me, you felt the reassuring rush of schadenfreude when Ke$ha first whispered “we are the crazy people” at the end of her chorus. A dramatic moment like that in a Ke$ha jam is how you know the awful rap-singing is about to begin. If you are a fan of hip hop, hearing Ke$ha rap is like watching Jose Canseco box. She works at approximately the same level as a car dealer rapping in a local commercial. “I’m fresher than that Gucci. / Them boys, they want my coochie,” she says—and what could be fresher than Gucci, a luxury brand that peaked in the 1980s and has been a rap cliché since Reasonable Doubt?

But it’s unfair to subject Ke$ha’s rapping to rigorous lyrical analysis. In a Ke$ha song, the rapping is there to fill space between the anthemic choruses, so let’s rigorously analyze the lyrics of that:

Hello, wherever you are.
Are you dancing on the dance floor or drinking by the bar?
Tonight we do it big and shine like stars.
We don’t give a fuck, ’cause that’s just who we are.

The next four and a half bars essentially repeat the assertion that we are crazy, “we” presumably being Ke$ha, her posse, and the millions of drive-time radio listeners who constitute her audience.

What makes these people crazy? Is it their use of the dance floor for dancing, or is it their drinking near the bar? Like many Ke$ha songs, “Crazy Kids” is about going out and being the object of apprehension/sexual desire. Both the repeated insistence that “we are the crazy people” and phrases such as “shine like stars” imply that the people going out—Ke$ha, in the world of pop music, and the listener in the world of the song—are special.

This specialness is not really explained, except in terms of extravagance (“tonight we do it big”) and attitude (“we don’t give a fuck.”) Ultimately, to be a shining star and/or one of the crazy people in a Ke$ha song is an unearned, self-nominated status. One’s not-giving-a-fuckness does not stem from any particular achievement, but rather from attitude; Ke$ha and the listener-modeling “we” are shining stars at the center of attention ’cause that’s just who we are.

Or it could be ’cause that’s who sings the song. The genius of Ke$ha from a marketing standpoint—and the horror, from a standpoint that pretends hit radio songs should be taken seriously—is that she connects the rebellious swagger of glam rock to behavior that is utterly normal. We went to the club and bought drinks—oh my god, we are stars who do not give a fuck!

On the long, surprisingly level train ride by which rock and roll goes from being genuinely socially unacceptable to an empty cipher for rebellion in a Visa commercial, Ke$ha is the terminus. She is a nearly perfect vessel for the message of contemporary consumer culture: you are all rebel superstars, and you should show off by buying something. Never mind that the way in which you are a star is by dancing to someone else’s music, or possibly even just standing at the bar and drinking. The important thing is that you act as if you had done something special, and that you don’t give a fuck that you haven’t, because that’s just who you are.

Or it’s her voice—maybe I just hate Ke$ha’s singsong rap voice. I think, though, that item (1) is the bow on the total, socks-containing package that is item (2). Who better to spread the gospel of universal, unearned stardom than a talentless brat figure with an ambitious mother? Ke$ha is the perfect metaphor for our particular zeitgeist. What can one do but hate her perfectly?