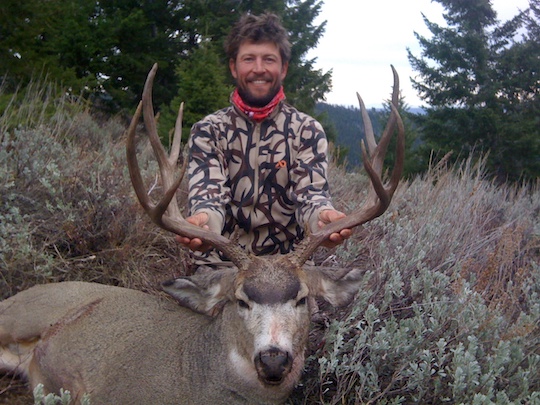 Did you know that 37% of Montana families who are supposed to get legally mandated child support actually don’t? Arrears exceeded $147 million in 2013, and the state only collected 12% of it. Imagine if one third of defendants were ignoring any other kind of court order. It would be a crisis. But like smoking weed outside of Flippers or running over a bicyclist with your car, not paying child support is one of those things you can get away with. But if Sen. Mike Lang (R-Malta) gets his way, Montana will soon begin denying hunting, fishing, and trapping licenses to deadbeat dads.

That doesn’t sound like a big deal, but apparently it makes a difference. During a hearing before the Senate Judiciary Committee, Sarah Swanson-Partridge of Glasgow said her former husband went seven years without making his court-mandated child support payments. After a state agency threatened to withhold his trapping and fishing licenses, however, he paid off the overdue child support in one year. In addition to being too depressing to contemplate for more than a few seconds, this anecdote suggests Sen. Lang might be onto a low-cost solution for a sprawling enforcement problem.

But what if not letting deadbeat dads shoot elk actually hurt the families they don’t support? That was the objection raised by Sen. Jennifer Fielder (R-Thompson Falls.) Her statement merits quotation in full:

A number of people in this state that are in poverty, and lack of payment is not always because they don’t want to—sometimes it’s because they can’t. I’m really concerned if we strip away a person’s ability to provide sustenance through wild meat that is obtained by a great number of families through fishing, hunting and trapping in this state, I’m really concerned that we’re not helping families.

We were fools not to consider the many non-custodial parents who pay their back child support in the form of wild game. Either that or Sen. Fielder is contorting her brain to come up with a rationalization for her core principle, “all hunting all the time.” You can read all about it in this week’s column for the Missoula Independent.

While you’re at it, check out local anti-Muslim activist Linda Sauer’s letter to the editor objecting to last week’s column about sharia law. “This bill might not have been necessary if Missoula hadn’t decided to play the phony ‘we’re all so caring and loving here’ card,” she writes, “so a few people could pat themselves on the back for their good deeds and wait for the resettlement money to roll in.” Such contempt for caring and loving is a rare treat, but you can find it again a few letters down, when Ed Kugler complains that leftists “want your rights the way you want them, but those that don’t agree with you, well that’s where your ‘love everyone’ comes to an end.” I’m so sick of these lovemongers undermining the patriotic work of blocking refugees and praying in school. We’ll be back tomorrow with Friday links!