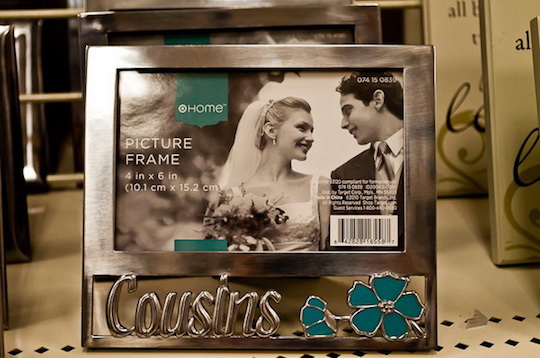 A fact is objective and unchanging, but what makes it meaningful? It is a true fact, for example, that Donald Trump is the first president in US history to have never before held public office or served in the military. But what does that mean? I might be saying he’s unqualified, or I might be saying that he brings to office fresh blood, untainted by the degeneracy of the political class. Facts are inert. It’s their contexts, that allow them to come to life and create meaning for us. Today is Friday, and it’s all in how you frame it. Won’t you pick out something tasteful with me?

First, the good news: President Trump held a press conference yesterday, answering or at least hearing nearly all questions from reporters for over an hour. The bad news is he seemed kind of kooky. You can watch the whole thing here, or just read the highlights. [Caution: auto-play video with sound, because CNN hates people who read.] It’s hard to pick a favorite moment from this cavalcade of virtiol, in which Trump spent about three minutes announcing his new pick for labor secretary and about 72 minutes complaining about the media. Probably the best part was when he claimed to have won the electoral vote by the largest margin of any president since Reagan, when in fact Obama, Clinton and HW Bush all got more electoral votes. When a CNN reporter pointed that out, it prompted this exchange:

President Trump falsely claimed he had the biggest electoral win since Reagan — and the press called him out https://t.co/g1NuE0TKdZ pic.twitter.com/8uZ5oLz0gi

“I was given that information,” the president said, explaining why he had just announced, in a White House press conference, wrong facts that could be falsified by a Wikipedia search. “Actually, I’ve seen that information around…But it was a very substantial victory. Do you agree with that?” The reporter’s answer: “You’re the president.” Framing!

Now that we’re seven weeks into his administration and Trump is still using the bulk of his public appearances to crow about his victory, it’s tempting to say he’s some kind of narcissist. But that’s a term we shouldn’t throw around. In a fantastic letter to the New York Times, Allen Frances—who, as chairman of the group that put together the DSM-IV, literally wrote the book on narcissism—points out that people with narcissistic personality disorder don’t benefit from their illness. Trump does. Frances writes:

Mr. Trump causes severe distress rather than experiencing it and has been richly rewarded, rather than punished, for his grandiosity, self-absorption and lack of empathy. It is a stigmatizing insult to the mentally ill (who are mostly well behaved and well meaning) to be lumped with Mr. Trump (who is neither).

Mental illness causes problems in your life. It doesn’t give you the magic power to win every interaction by ignoring people’s interiority. There’s plenty of narcissism out there, but apparently it’s only a disorder if it isn’t working.

On a completely unrelated note, Lena Dunham is in the New York Times. The creator and star of HBO’s hit documentary The Girls is ostensibly writing for the Committed feature, which commemorates 165 years of the paper’s singular wedding announcements. Dunham expends two paragraphs on an intriguing 1912 announcement of a double wedding in jail, but then she shifts to her real subject: herself. “Women are trained to be good,” she observes sagely, following up with four paragraphs about the pressure she feels “getting the dogs out the door before they piss on the rug,”1 going to lunch, interacting with her boyfriend, and going to sleep. Oh yeah, and her artist-activist soul:

For someone interested in history’s bravest revolutionaries and the power of art to disrupt the status quo, I sure am eager to pay for everyone’s lunch. Check paid for you, check mark for me.

Ha! Oh, man—she’s playing on the double meaning of the word “check.” She’s also participating in the bourgeois fantasy that raising your own consciousness makes life better for other people. I can see why the Clinton campaign picked her to reach out to young voters.

Meanwhile, among people who earned their positions, Miss Manners has written a pleasingly prim screed for the Atlantic about “alternate virtues” in the age of Donald Trump. Remember when “telling it like it is” was referred to as rudeness? Or when being a “Washington outsider” was a reason you shouldn’t become the most powerful person in Washington? Me neither. I’m a modern American living in our bold new age of personal aggrandizement, where greed is good, elites don’t get it, and losers need to get over it. Finally, the ordinary person is getting the respect he deserves.