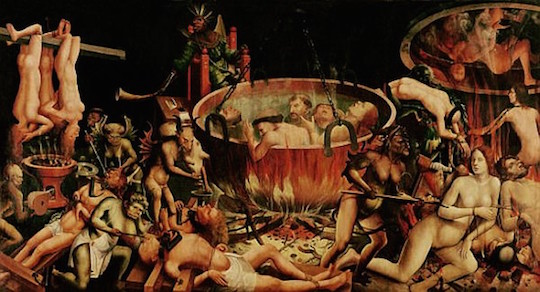 Those of you who do not live in town are hereby forewarned that the names of Missoula-area schools are kind of crazy. Many of you are already familiar with Hellgate High, a pleasant reminder of my days in Astoria living by the Hellgate Bridge. But even the straightest face can be shaken by learning about Target Range School, which is named for a local mountain range and not for an unfortunate trend in modern gun violence. None of that matters now, since the new name of every school in Missoula is Fuck City, USA. Local districts have suspended a grand total of four administrators at three different schools this semester and refused to say why in each case, calling them “personnel matters.” You can read all about it in this week’s column for the Missoula Independent. Then you can read the comments section of just about any story on the subject in the Missoulian, where anonymous people will happily tell you details of these administrators’ personal lives that they heard from their kids. I would say that allowing comments on news stories is a sneaky way for the Missoulian to get around sourcing, but they’re perfectly happy to ignore such ethical constraints the old fashioned way. That’s the name and photo of a Billings man arrested for sexually assaulting a toddler, although at press time they didn’t know if he’d been charged or whether the toddler was okay, hadn’t talked to police, and couldn’t get ahold of any court documents. Run it! I dislike both keeping secrets and publishing unconfirmed information. There’s no pleasing me. We’ll be back tomorrow with Friday links, pretty much all of which will be about police officers killing people.