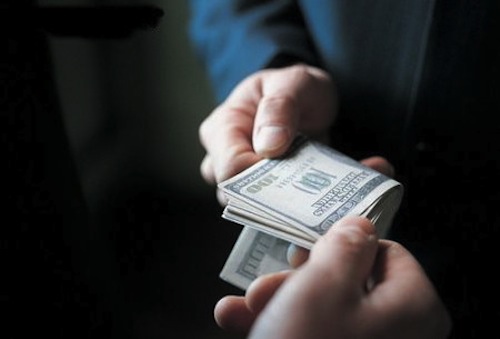 In our general dissatisfaction with the vagaries of American government—stuff like this, for example—we sometimes forget what a genuinely nonfunctioning state looks like. Fortunately, we made one seven years ago. Last week, the New York Times ran this fascinating story about the fate of approximately 8,000 laptops—purchased with $1.8 million of your tax money—donated to the children of Babil. In this case, “donated to,” means “denied to, because they sat in customs for weeks before disappearing.” Don’t worry, though; Iraq’s Commission On Integrity is on the case. “We are still investigating,” an official from the commission told the Times. “We cannot give anymore information now, but soon you will receive a lot of information about this issue.” He forgot to say “my friend,” but presumably that was because he was in a hurry.

Technically, the computers didn’t disappear completely. After a misprinted shipping document sent them to the port of Umm Qasr, the laptops languished in bureaucratic limbo for weeks, first lost to US military personnel and then held up by local customs officials. Six months later, in keeping with official policy on goods left unclaimed for more than 90 days, the Iraqi government auctioned off 4,000 of them, for a grand total of $45,000 dollars. The rest vanished.

That the laptops were sold for ten dollars apiece is an object lesson in the inefficiency of corruption, where the combination of extremely motivated sellers and zero investment makes the most basic economic principles irrelevant. The rest of the story constitutes more of a technical primer.

First, you can’t just disappear stuff in one step, because then you’ll be the one responsible for its disappearance. This is where Hussein Nuri al-Hassan comes in. He’s the Basra businessman who bought the auctioned laptops,and—shockingly—he turns out not to live at the address he gave when he won made the purchase. Whether he ever received the computers, what he might have done with them afterward, or where he is now remains unknown.

Also unknown are the identities of the ten low-level customs officials at Umm Qasr arrested in the case. This brings us to lesson two: it takes months to resolve a trial, but the satisfaction people get from seeing somebody indicted is immediate. Our unknown customs workers are ideal fall guys, since they are A) likely to be forgotten in the time it takes a judge to find they had nothing to do with it and B) nowhere near the important strata of Iraqi government.

The important strata is, of course, innocent of all wrongdoing. They maintain that they were just following procedure when they auctioned off the laptops, which is a neat instance of a third principle of corruption: immediately break the crime into two crimes. By speciously insisting on their innocence in the auction of half the laptops, Iraqi officials neatly dodge the question of what happened to the other half. The going controversy becomes the improper auction of 4,000 computers, rather than the disappearance of 8,000 of them.

Once you’ve done that, all that’s left is a half-assed apology. Cue Abid al-Hussein Aleibi, deputy director of customs at Umm Qasr.*

After acknowledging that some of the shipping containers were opened while they were in port—which might explain what happened to the laptops, or might not—he pointed to the port’s lack of electricity, questionable security and general war-zoniness. “We here at the port of Umm Qasr have problems with port management,” he told the Times. You can almost hear him smiling infuriatingly.

Children reading Combat! blog and aspiring to a career in third-world corruption should take note. For the rest of us, there’s really only one lesson to be learned from all this: never get involved in a land war in Asia. How many times do we need to go over this?