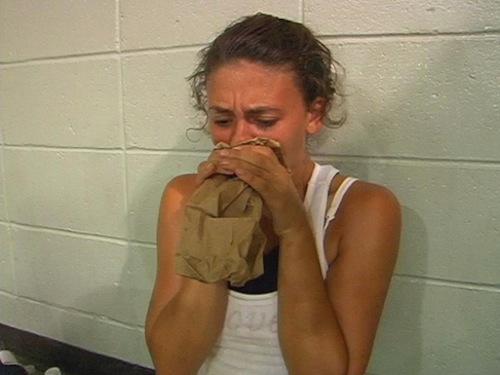 The end of September has brought with it the end of Deadline Week, and now the interns and I relax amid the tropical plants and exotic lizards of the Combat! blog offices. Everyone has been given coffee and donuts—except for the tiger, who is being punished—and the sound of relieved sighs fills the air. Now seems as good a time as any to step back and get a little perspective on the week that was, so terrible in its enactment and so mild in its repose. As we ease into what will surely be a shrill October with one last beautiful fall weekend (Missoula only,) let’s take a moment to calmly consider good news, responsible analysis, irrelevant fluff pieces and, okay, one harrowing story of official irresponsibility. Won’t you take a breath with me?

First, the good news. According to the Congressional Budget Office, TARP—originally priced at $700 billion—is now projected to cost at most $50 billion, and may even turn a profit. Props to newly minted Montanan and Combat! blog legal counsel Jacek for the link. Of course, TARP remains the most hated act of government in recent memory, since it delivered the country from a (maybe) enormous economic bunglefuck into the hands of a (definitely) long economic screwjob. Perhaps that’s why, besides the program’s success, the one thing everyone can agree on is that they can’t really talk about how well it worked. As Douglas Elliott of the Brookings Institute put it, “This is the best federal program of any real size to be despised by the public like this.”

Those of you bemoaning the lack of measured inquiry that makes TARP a public pariah even in success would do well to check out the Volokh Conspiracy, which brings us this interesting consideration of the recent Pew Poll on religious belief vs. religious knowledge. The VC is that rare beast in conservative commentary: a site that lets reason shape its political predispositions and not the other way around. Their reaction to the news that many Americans don’t know the signatory elements of their own professed religions is to compare the utility of spiritual ignorance to political ignorance, and their conclusion is as plain as it is startling. In response to economist Bryan Caplan’s observation that a person who genuinely believed his salvation rested on religion would be insane to watch TV instead of finding out more about it, they observe, “It’s possible that getting at religious truth is so difficult that most people rationally choose not to study it in depth because they know they are unlikely to increase their chances of salvation very much even if they do.” That’s some cold economic theory shit, right there, and it’s a weirdly satisfying argument.

Meanwhile, on the other end of the spectrum of importance, the New York Times has released this trend piece that should have been headlined “Pretty Women Ride Bicycles.” Wait, I forgot the form—”For Bicycles, Pretty Women Riding Them.” In the past, we’ve discussed the Times trend piece as a sort of speculative fiction of journalism: plausible, but not describing anything that actually happened. With this article about how many youngish, fashionable women ride bikes while wearing interesting clothes, the trend piece attains a kind of gauzy impressionism. If Camille Pissarro worked at the New York Times, this is what he would write.

Meanwhile, in the world of insane assholes, an Assistant Attorney General in Michigan has taken after UMich’s first gay student body president. Andrew Shirvell has published a blog describing 21 year-old Chris Armstrong as “Satan’s representative on campus” and festooning his pictures with swastikas and the word “racist,” among other things. Check out this insane Anderson Cooper segment:

That man is a homosexual.