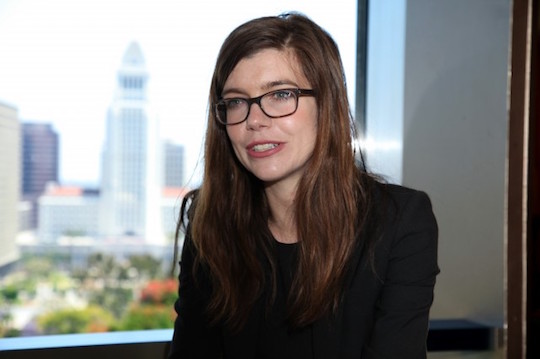 I met Amanda Fortini last month, when we were on the same panel at a conference at the University of Montana. She was very insightful and super nice to me, despite the revolting biohazards that spewed from my every orifice that day. After reading this fantastic personal essay about Harvard and wealth envy that she wrote for Elle, I suspect she is insightful and nice all the time. And she lives in Montana, where all the best writers live. Check out this fine passage on the connection between money and the life of the mind as it appeared to her when she was a Harvard freshman:

Indeed, I trained my teenage fantasies of living a more cosmopolitan life on the wealthy young women I was meeting. Their cashmere sweaters and Gucci loafers were not only aesthetically pleasing objects; to my mind, they were evidence of a glitteringly superior existence. One where politics and ideas were discussed at dinner parties or in the sauna at spas, where boarding schools hired writers-in-residence to teach, where young people “took a year off” to travel. Obviously one’s ability to purchase Italian cashmere is wholly unrelated to how cultured or literate one is. But you couldn’t have told me that at the time.

Fortini is right: literacy and acculturation don’t relate to wearing an expensive sweater, but in our America they appear to correlate. How many poor people live the life of the mind? Plenty, you would think, since devoting yourself to writing or art in this economy virtually guarantees you won’t make money. But the genuinely poor—people who worry about having enough money to pay rent and give their children lives superior to their own—tend to eschew intellectual pursuits out of necessity. In theory, there’s no reason the near-broke should watch TV instead of read a book, or follow football instead of modern art. In practice, bohemia tends not to be a style of poverty but a posture of the rich.

Rich people look smart. They have leisure, and leisure is where literacy and culture happen. But as Fortini probably learned at Harvard, and as I learned as a tutor for the kind of kids who go there, rich people aren’t smarter than poorer people at all. They resemble artists and intellectuals because they live the kind of abstract lives artists and intellectuals sometimes achieve late in their careers—traveling, talking about ideas, organizing the day around their curiosities rather than their shifts. The difference is that rich people start in that state—that 21st-century American dream state of having to do nothing but express, of having to be nothing but yourself.

We’ve kind of spun off into vagueness, here, but my point is that rich people are gross. They are also subconsciously committed to the fiction that they are smarter, more sophisticated, or in some other way more developed than people who have less money. It’s a fiction poor and middle-class people buy. It animates the Trump campaign, whose premise is that as a billionaire, Donald Trump must be smarter than ordinary people. It seems to have animated the status envy of 19-year-old Fortini, who believed her rich classmates knew something she didn’t. For sure, rich people have experiences the rest of us don’t get, like international travel and horse camp. But they want us to believe they have the experience of succeeding by their ingenuity, of making bold choices the ordinary do not, of getting rich.

I haven’t found that to be true. As the United States drifts further into oligarchy, more rich people are simply born rich. Jobless and ignorant of life in other economic strata, they resemble the poor—just with better elocution and college degrees. Of course we children of the middle class aspire to their lifestyles. Who wouldn’t? But we shouldn’t aspire to their values, and Fortini’s essay evocatively describes the process of learning that.