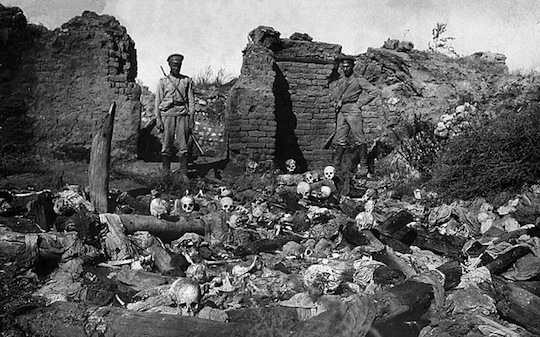 My brother sent me this blog post from Time, in which Brian Moylan argues that the concept of the dad bod “continues to reinforce inequality about what is acceptable for men and women.” As you have no good reason to know, a dad bod is when you are kind of fat but not really. The term comes from this 500-word humorous essay by McKenzie Pearson, a sophomore at Clemson University. Pearson writes:

“The dad bod is a nice balance between a beer gut and working out. The dad bod says, ‘I go to the gym occasionally, but I also drink heavily on the weekends and enjoy eating eight slices of pizza at a time.’ It’s not an overweight guy, but it isn’t one with washboard abs, either.”

She goes on to enumerate reasons women like a dad bod, including looking pretty my comparison. Annie Dillard it ain’t; Pearson’s essay is lighthearted and relentlessly slight, which might explain why it went viral. It might also be because it feeds the internet outrage machine. Six weeks after Pearson published her essay, Quartz declares that “the viral dad bod phenomenon is male privilege masquerading as empowerment.”

By phenomenon, you mean your insistence on writing about it, right? It is not as though dad bod were a thing people are doing on purpose. Nor is it a cultural standard being foisted upon men by years of tradition and mores. It is a 500-word humor piece that a college student wrote six weeks ago. Or, as Brian Moylan put it:

“But just as the beauty standards for men were starting to get as stringent as they have always been for women, along comes the Dad Bod…That’s the problem with the Dad Bod: It continues to reinforce inequality about what is acceptable for men and women. While the ladies have to go to Pilates and watch every single calorie, guys are free to let themselves get lazy, chow down on all the chips and guac they want, and still expect their prospective mates to be fit.”

First of all, I’ll die before I capitalize dad bod. But Moylan is right: just as male beauty standards were becoming the same as women’s, six weeks ago, Pearson wrote her essay and set society back. By observing that a pudgy dude relieves some of the pressure on her to be pretty, she reinforces the idea that women should be more attractive than men.

“So the Dad Bod actually isn’t about liking the guy’s actual body; it’s more about how his body makes the woman feel,” Moylan writes, identifying the moral flaw in a college student’s tongue-in-cheek essay. “Not only is this incredibly selfish, but it also assumes that the Dad Bod actually looks bad thereby making the woman look better.”

Incredibly selfish—it is difficult to believe that a young woman would take pride in being more attractive than her boyfriend, but here we are. Saying you like the dad bod, even in jest, actually says that the dad bod looks bad and so do women.

“Why not try to accept your body for what it is without comparing it to anyone else, male or female?” Moylan writes, finally daring to broach the idea that everyone should feel good about themselves. All bodies are beautiful, you guys. The very concept of beauty is meaningless when applied to human beings, since each person is perfect and the same. That is how I think, because I am good. Perhaps you find it hard to think that way because you are bad.

Anyway, that’s what the internet did to Pearson’s essay in six weeks. I can’t say the original dad bod piece was particularly funny or exciting to me, but I sure like it better than what came after. At least the sentence about eating eight slices of pizza was kind of funny. At least Pearson adopted a wry, self-deprecating tone. Compare to this sanctimonious lecture from far more successful internet writer Lindy West:

“Honestly, ‘dad bod’ is pure male privilege. Actually, we do have dialogue around ‘mom bod.’ It’s called ‘fixing your post-baby body.’ And because this apparently always needs repeating, body positivity has nothing to do with your boner.”

Three of those four sentences begin with an assertion that the sentence is true. Also, this “pure male privilege” arrived in the form of an essay written by a woman.

Without overstating the quality of her work, I submit that what McKenzie Pearson did is harder than what West and Moylan have done. Humor is hard. Constructing jokes around “dad bod” is more difficult than identifying the gender- and body-politics implicit in somebody else’s work. We have yet to discover a reliable formula for humor, whereas paint-by-numbers outrage is easy to construct. Just think of the perfect society/attitude toward others and point out how someone else failed to express it.

In conclusion, all of these people have beautiful, healthy bodies, and they should be proud of that. With the exception of Pearson, though, their ideas are terrible. Lindy West and Brian Moylan are smug hacks, and in their hackery they have seized the opportunity to prove themselves morally superior to a joke. But again, neither of them should look any different from how they already do. I cannot emphasize that enough.