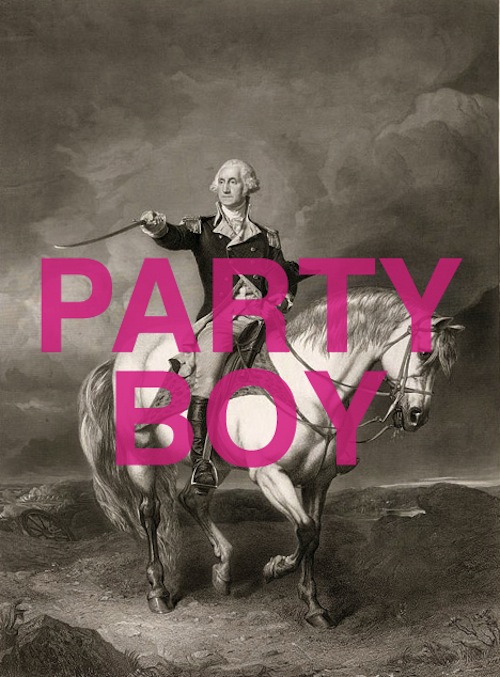 Washington’s party trick was that he was an east coast pretty boy with money who was better than you. Consider this passage, from his 1796 Farewell Address, in which he discusses the importance of religion:

Of all the dispositions and habits, which lead to political prosperity, Religion and Morality are indispensable supports. In vain would that man claim the tribute of Patriotism, who should labor to subvert these great pillars of human happiness, these firmest props of the duties of Men and Citizens. The mere Politician, equally with the pious man, ought to respect and to cherish them. A volume could not trace all their connexions with private and public felicity. Let it simply be asked, Where is the security for property, for reputation, for life, if the sense of religious obligation desert the oaths, which are the instruments of investigation in Courts of Justice? And let us with caution indulge the supposition, that morality can be maintained without religion. Whatever may be conceded to the influence of refined education on minds of peculiar structure, reason and experience both forbid us to expect, that national morality can prevail in exclusion of religious principle.

Since we all decided to base 21st-century American political philosophy on what we imagine the personal wishes of the Founding Fathers might have been—as scried through the lens of three semesters of American History—it’s super-important that we figure out whether America Is A Christian Nation. Those of us who think kids should stop praying and learn some frog biology usually get Thomas Jefferson and Thomas “The Good T-Pain” Paine, while the other side gets Washington, John Adams and Alexander Hamilton.*

Notice, though, how Washington advances his argument for religion in terms of worldly benefits. Religion and morality are “great pillars of human happiness” and “props of the duties.” He exemplifies the benefits of faith not with a religious man given to charitable works, but with an accused criminal called to swear truth before the courts. “Where is the security for property,” Washington asks, “…if the sense of religious obligations desert the oaths?”

Like most of the Founders, Washington was an American aristocrat, and when he imagines the court he sits in the accuser’s box, not the accused’s. He expects his audience to be compelled not by heaven, but by an orderly society in which the poor do not burgle the rich, or at least have the decency to admit it afterwards. The religion Washington describes is a corral, not a key, and those “minds of peculiar structure” who can develop morality in its absence are the small minority of colonials with the means and intelligence to acquire “refined education.” That was a minority of which Washington, of course, was a member.

When we say that America is a Christian nation, or at least admit that it was a more Christian nation during the lives of the Founders than it is now, we are saying that America has been a nation of Christians governed. To what extent the governors themselves were Christians is immaterial in light of Washington’s conclusion, which is characteristically apt: The idea of God keeps a lot of people in line. In advancing that argument, though, he implies another proposition: that the more minds of peculiar structure with access to refined education you have around, the less you need public religion. Thus do the Christian right—who generally think we should spend less money on schools and more time talking about God—and the secular left—who favor the evacuation of religion from public life with education to fill the vacuum—battle over two ways of supervising the country. Apeman or Washington? Such is the endlessly forked path of American history.