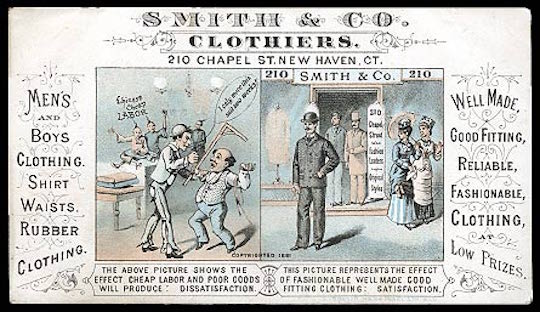 First, the good news: the Democratic convention of 1924 firmly repudiated the Ku Klux Klan. The bad news is it took them over a hundred votes to do so. Over at the New Yorker, Amy Davidson considers how a contested convention can determine a party’s conscience, albeit at the expense of its chances in the next election. One hundred years later, the Klan does not figure so heavily in the Republicans’ own impending convention debacle, but neither is it totally absent. How sweet would it be if Trump’s failure to capture a majority of delegates/quickly repudiate a grand wizard threw the nomination to John Kasich, or to someone who isn’t even running now?

On a related note, a group of conservatives met in Washington yesterday to discuss the possibility of running a third-party candidate. The crack-up of the GOP continues. I am displeased to report that they couldn’t settle on anyone, though, and the only name that reached reporters—Nebraska senator Ben Sasse—immediately said he wouldn’t do it. Can we accept that ideological conservatism in the 21st century is a political system for developing radio shows, not for running the country? No? Good. Please continue ripping one another apart. I’ll be over here with my remaining alternative, a socially liberal party run wholly in the interest of the investor class.

That’s what Republicans get for spending that last seven years cheapening American political discourse. Democracy is a joke, China’s party-controlled Global Times announced this week, citing Donald Trump. And this after he praised them for rolling over dissidents with tanks! What will it take to appease China? I’m thinking some kind of delicious mustard, but I’m open to suggestions. Nick Bisley, professor of international relations, argues that Trump fulfills the archetype of the “capitalist boss figure,” noting that “If it wasn’t true, you would think it was made up. It fits perfectly the messaging they have put out [about democracy].” Agreed that Trump would be hilarious as a fictional character. Let’s return him to being one soon.

I like my jokes actually made up, which is why I venerate Simpsons writer and producer George Meyer. Here he is in an interview with The Believer in 2004, talking about his weird relationship to marriage, religion, and the show he hoped would stop before it got really bad. No one gets everything he wants, even Meyer. We get scans of Army Man, though, the legendary magazine he started after he left Saturday Night Live but before he joined The Simpsons. There are more scans out there, but they’ll damage your eyes. It’s probably worth it.

Meanwhile, in genius Jack Handey ideas that shouldn’t be as funny as they are:

Phil Hartman gets one million comedy points for not rushing this sketch. Can you imagine how much funnier the 21st century would be with him in it?