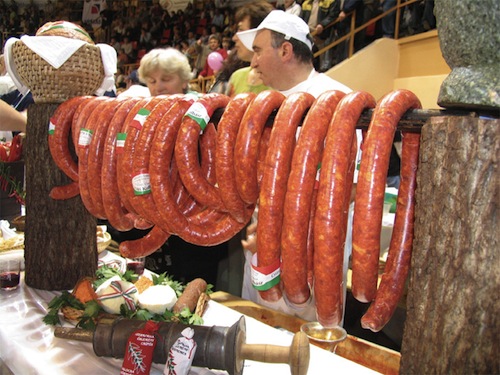 Everybody loves a redemption story. The wrong righted, the villain reformed, the catastrophe undone—these are the themes of our collective fantasy, whether in movies or in the news. The problem with redemption stories is that, statistically, they are unlikely to happen. Your initial sample is “people who did bad things,” and your criterion for success is “person A doesn’t do any bad things in the future.” I don’t want to be a Gloomy Gus or, worse, a Determinist Dave, but that sort of change just doesn’t happen very often. That’s what makes a redemption story so good, but it’s also what makes us willing to settle for off-brand shit—the appearance of redemption, at least, when no actual wrong-righting is available. In preparation for a weekend in which you will almost certainly transgress, apologize, and transgress again, this week’s link roundup is all about questionable redemptions, unsorry apologies, and maybe one genuine turnaround. Won’t you join us after the break?

Let’s start with perhaps the last enormous corporation to which I still felt some strange loyalty: Apple computers, whose iPhone 4 allegedly suffers from the infamous “death grip” bug. Apple’s response to this problem—by which the phone’s minimally-insulated antenna strip causes it to suddenly lose two or three bars of reception when it is held in a certain way—was to send this open letter, which is a terrible apology in both senses of the word. Props to my brother for the link. At the beginning of the letter, Apple A) points out that the iPhone 4 has been enormously popular before B) saying that whatever this whole “death grip” business is, they haven’t been able to reproduce it in a lab setting before C) reassuring us that, don’t worry, they’ve changed the reception indicator to display fewer bars in the first place. In an industry whose first response to any technical problem is to assume that the user is making it up, Apple just moved back to the middle of the pack.

You know what other beloved brand from my childhood is testing my loyalty? Liz Phair. I don’t know if you’ve heard any songs from her self-released, download-only new album, but one of them sounds like this. For scale, she used to record songs like this. Critical reception of Funstyle has been mixed—specifically, mixed between those who say it’s the worst and probably last album of her career and those who argue that it’s so bad it must be a joke. Part of Phair’s problem is that whenever she releases anything new, jerks like me hearken back to Exile In Guyville, an incredibly freaking awesome album that she recorded 17 years ago. Those of you wondering about whether the success of Guyville messed up Liz Phair’s brain forever should read this interview, the gist of which is: yeah. Yeah it did.

Surely everyone else must know this by now, but Levi Johnston and Bristol Palin are once again getting married. There are plenty of news articles on the subject, but I feel this one most captures the insistent stupidity of it all. Finally, after years of searching, we have identified the fundamental cultural gap in this country: some people apparently believe that it is a good idea for Levi Johnston and Bristol Palin to get married. Having no reason to do so besides their accidentally conceiving a child together while they were in high school in semi-rural Alaska, having gotten engaged under pressure once already and become famous and broken up, now they are in love. This is why you move in together first, people. This is also why you do not base your assessments of the viability of modern relationships on a 6,000 year-old book.

But it doesn’t matter what Sarah Palin does now—yes, I consider Levi and Bristol aspects of the entity “Sarah Palin”—because we’ve figured out how to stop her. Bill O’Reilly figured it out on Monday: you make her articulate specific plans. Besides reminding us that American politics is the act of figuring out how to do stuff and not just repeatedly saying what we want to do, my favorite part of this video is O’Reilly’s undisguised loathing. Just a couple of years ago he was America’s premiere crypto-fascist provocateur, and now he’s got two people crazier than him in his office, for Chrissake. Forced to vie for attention with Glenn Beck and Sarah Palin, O’Reilly might finally learn the value of the specific statement and the demonstrable fact. It’ll be like A Christmas Carol, only with one fewer ghost and a less likable protagonist.