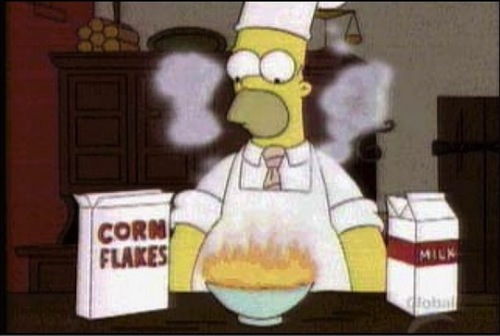 The problem with having deep-seated psychological problems is that you have to rely on other people to tell you about them. It’s a tricky situation, because the primary symptom of such problems is that other people seem constantly to act unreasonably. Consider the financier who, confronted with a first date who did not call him back, sent her a monster email explaining why she basically had to go on date #2. His name is Mike, and there is something wrong with his brain. You can tell because his first two bullet points—ladies love bullet points—offer quantitative reasons why the recipient actually likes him. When it comes to human interactions, Mike is a nuts-and-bolts kind of guy. “We already go to classical music performances by ourselves,” he notes. “If we go to classical music performances together, it wouldn’t take any significant additional time on your part.” It seems like an airtight argument, but there’s a subtle indicator she may not be the girl for him: she posted his email on the internet. And you know Mike reads the internet. Here’s a fun game you can play in the privacy of your own psyche: decide which of these people is less considerate of others’ feelings.

It’s a trick question, of course: they’re both assholes. Pretty much everyone who makes you feel bad about something is, not because of what they did, but because of statistics. As Mr. Lydon reminds us, no one is innocent. That’s good, since the Senate has recently passed a law allowing the indefinite detention of United States citizens without trial. Remember the Fourth Amendment? It’s for looks. The President claims that he is against the provision and will veto the defense appropriations bill to which it was attached, but Carl Levin argued on the Senate floor that the White House instructed the Arms Services Comittee to remove language that would have made US citizens exempt. The Daily Show offered a particularly scathing indictment of these events. Fortunately it’s not just a basic-cable comedy show addressing this fundamental violation of Americans’ civil rights. All the big news outlets are covering it—the Huffington Post, Reason Online, Forbes, the blog part of the Washington Post, everybody.

So yeah: possibly by the end of the day, America will be the place where the Army can put you in jail for life without a trial. Don’t worry, though—they’re only going to do that to terrorists, or people who support terror. Here’s another fun thing to consider when you are closing your eyes and doing all the other things a sleeping person does without actually experiencing sleep: how do Occupy protestors, who violate the law to further a political ideology in ways that some people call “not nonviolent,” differ from terrorists? I’m sure Patrick Meighan’s lawyer could argue in court that his client’s participation in Occupy LA was not an act of terrorism, and that nothing Occupy does is terrorism even though said client has demonstrated his support for that organization. I’m fucking with you—we don’t go to court before we go to military prison now. Otherwise, guilty people might remain free.

The fact of the matter is we’re at war with a people who want to destroy our way of life. Any born-again Christian will tell you that Islam is a violently expansionist religion with a history of converting people at the point of a sword—as opposed to American evangelicals, who just made a video game about the subject. In Left Behind: Eternal Forces, based on the novel series of the same name, players roam the streets of post-rapture New York killing or converting as many Jews and atheists as they can. Probably you get more points for a conversion than a kill, but the article doesn’t say. The important thing is that this expression of the fundamental tenets of Christianity as set forth in the New Testament by Jesus and his disciples will be available at Wal-Mart in time for Christmas.

With any luck, thousands of kids will be shooting pixel atheists in the face by sunset on Christmas day, but I’m the one going to hell. Maybe I can spend the last few years in Guantanamo for owning a copy of The Coming Insurrection before I go. Maybe email proof of what an asshole I am will go viral on the internet. Or maybe I will wake up tomorrow and everything will be basically the same, and I will still have the same work to do and the same reasons to excuse myself from doing it. Then later it will be night.

In my joy at discovering another object that makes me angry, I neglected to read the dateline on the article about Left Behind: Eternal Forces. As Jinx McHue—if that is your real name, sir—points out in the comments section, the article and game are like five years old. So A) go to Wal-Mart right now and they might still have a copy, and B) I failed to check the position in time of my sources, much less their veracity. I am glad that LB:EF does not zap Jews and atheists*

by name, and it was shoddy attention to truth that led me to repeat that it did. Please let me make it up to you with one free replacement idea: unlike conventional point-based games, “there are no score-keeping points awarded for actions in the game, but violence in the game results in a loss of ‘Spirit Points’ which track who belongs to which side.” So says Jinx. I say that this description of the difference between LB:EF and other games also describes the difference between Judeo-Christian theology and the religious ethical systems that preceded it. Rome said it was good to win. Jerusalem said it was bad to break the rules. Discuss.