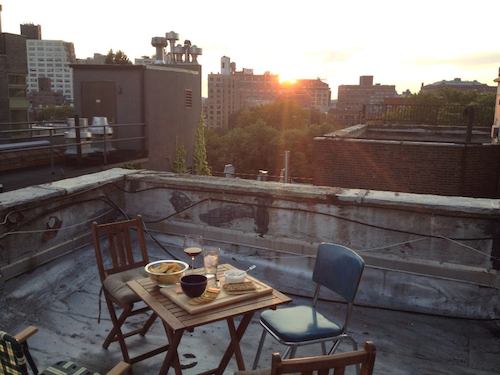 First, the good news: Anonymous is on this Ferguson thing.

Props to M-Bro for the link. Do I need to zap my PRAM, or is this video a little more threats-y than the usual Anonymous message? In promising to destroy every “web-based asset” the Ferguson police department has, the authors kind of draw attention to the inefficacy of computers against dudes with associate’s degrees and clubs. I like the promise to dump personal information on the internet, though. In the contest to gradually make or unmake an American fascist state, they have bullets and we have blackmail. Also, if we’re supposed to stay indoors and be cool when the cops shoot someone as he surrenders in the street, when are we supposed to riot?

Sometimes I worry that the men who govern us haven’t thought everything through. Taking time out from making the trains run on time, Fletch-Dogg sent me this alarming item from Iraq, where we are bombing hundreds of millions of dollars of US military equipment we gave to their army, like, last year. The Iraqi army sucks. All the artillery we gave them belongs to ISIS now, an irony Max Fisher notes in six consecutive sentences:

But whose equipment is it? I smell the work of Vladimir Putin.

Remember when you knew who was on your side and war was a gentleman’s affair? I refer of course to World War I. The Germans may have filled Allied trenches with a heavier-than-air gas that turned to acid when it touched water in your lungs and eyes, but they used their own materials, damn it. Also they played soccer, a game whose history through WWI is “the story of a failed metaphor,” according to renaissance man Brian Phillips. Props to The Cure for the link.

Our friends are the best, but we cannot expect to enjoy them forever. When I passed Performance Space 122 earlier this week, I noticed a suspicious number of photos and reminiscences of Derek Lloyd, my friend and former boss who died in April at age 45. Derek should have lived forever. But given what he got out of every day that I saw him—and what I know of his life before and after I saw him every day—45 was enough. He covered for me so many times. He cried at weird performance art and had to be restrained when someone called Guillermo dumb. He lived on cigarettes and coffee and tequila, but mostly he lived on plans. He executed more plans than anyone I have ever known, and I wish he got another 40 years to work in.

Your friends are here for you, but they aren’t here forever. Don’t worry: neither are you. The past you love will stick around, though, until you both leave the party together. And even then—when your friends are dead and you are, too, not with them but not away anymore, either—there will still be people who remember you as strangers, who caught you in the background of their vacation pictures. And then those people will be dimly remembered, too, and someday it will all keep going or stop without your knowledge.