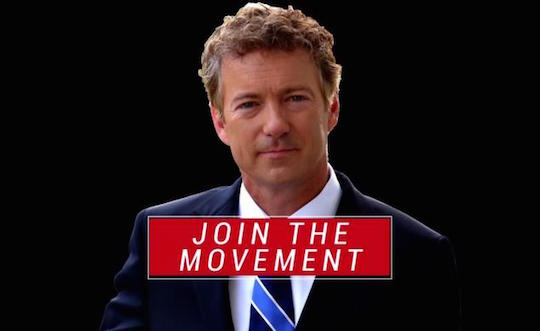 First, the good news: Kentucky Senator and US presidential candidate Randy Paul has called for a 14.5% flat tax—on income, on capital gains, on corporations, everybody. That’s fair, right? Paul’s plan would “turbocharge” the economy, he says, making it run like your parents’ Saab: forever, as far as you know. It would also reduce federal revenues by as much as $2 trillion over the next decade. Even better, it would constitute a 60% tax cut for the wealthiest income brackets—as well as a comparable cut for corporations and capital gains recipients—and an increase for the poorest. But it’s fair. I quote Paul himself:

“The left will argue that the plan is a tax cut for the wealthy. But most of the loopholes in the tax code were designed by the rich and politically connected. Though the rich will pay a lower rate along with everyone else, they won’t have special provisions to avoid paying lower than 14.5%.”

When you get right down to it, though, do we really all deserve to survive? That’s the question lurking behind this amazing story about Rancho Santa Fe, the wealthy California town where water consumption went up after Governor Brown told everyone to use 25% less. Props to Ben al-Fowlkes for the link. The 3,100 residents of Rancho Santo Fe enjoy a median income of $189,000 a year, which seems to have distorted their sense of necessity. Consider the lament of Gay Butler, an interior designer interviewed while riding her show horse. “It angers me because people aren’t looking at the overall picture,” she said. “What are we supposed to do, just have dirt around our house on four acres?”

Girl, those four acres are in the desert. During water rationing, you are absolutely supposed to stop watering four acres of desert. But the idea of sharing finite resources probably does not guide the reasoning of a person who argues like this:

“You could put 20 houses on my property, and they’d have families of at least four. In my house, there is only two of us,” Butler said. So “they’d be using a hell of a lot more water than we’re using.”

Fair is fair: you’re using as much land as 20 families of four, so you should also get to use as much water. That’s somehow a valid argument when we’re talking about distribution of resources, but it doesn’t hold up when we’re talking about race. We all agree that because Rachel Dolezal didn’t inherit the centuries of institutionalized repression that come with African-America identity, she doesn’t get to call herself black.   But as Jelani Cobb points out at the New Yorker, President Obama doesn’t have a “preponderance of African ancestry,” either. Neither did the second black president of the NAACP, Walter White. Dolezal lied about a lie, Cobb says, and as we lambast her we should not pretend that race is a coherent idea.

That doesn’t mean white people can co-opt whatever they want of the few privileges afforded to black people. For example, don’t say the n-word. Even if you are totally down with black people—even if your black friends call you the n-word all the time—show how down you are by not saying it. And definitely don’t say it if you’re Chet Haze, aspiring rapper and son of Tom Hanks. Haze insisted on his right to use the epithet in a tortured argument on Instagram, saying that “hip hop isn’t about race; it’s about the culture you identify with.”

Okay—even if that were true, the n-word is still pretty explicitly about race. The best part of the Chet Haze story is that everyone who reports on it puts “rapper” in scare quotes, except for the aforementioned Cobb, who calls him “putative rapper Chet Haze.” Twitter, on the other hand, has taken to describing his behavior as the apex of white privilege. That’s dumb. I’m pretty sure he derives his privilege from being the son of a multi-millionaire Hollywood superstar.

But who cares where privilege comes from? The important thing is that I don’t have it. Fair is when I get to do everything that you get to do. It’s also fair to let everybody pass whatever wealth and fame he can accumulate on to his kids. But if another kid gets more than I got? Totally unfair. Fair is a cudgel for people who have to beat people who need. Unless you’re one of those people who need—then fair is the reason you should get what other people have. Fair is whatever you need it to be.