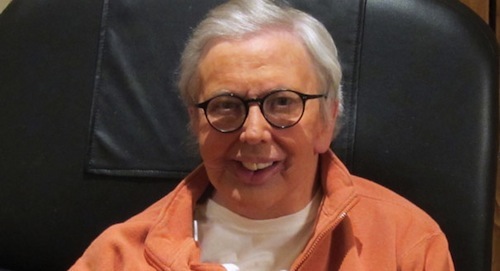 Just in time for the weekend, the temperatures of both Missoula and Roger Ebert have dropped precipitously. Did you ever notice that catastrophes come in twos? I’m just exploiting your cognitive bias—really, did you ever notice that when something bad happens, you can always think of something else to complain about? Gloom and doom go together like tomorrow and your inevitable death. Today is Friday, and the week has been full of pointed injustices with which to prod our self-pity glands. The self-pity glad is located just behind the soft palate and in front of the uvulua. Keep poking with your toothbrush—you’ll find it. In the meantime, won’t you lament our collective lot with me?

The internet is chockablock with the work of Roger Ebert today, who was at his best when damning with faint praise. He was also pretty good when he was straight-up damning, though. I realize this statement is insane, but now that he is dead, I am compelled to think that there was something old-timey about Ebert’s habit of calling a spade a spade, particularly when it came to action movies. “It’s dumb and incoherent” seems like anachronistic criticism of a Hollywood intent on lowering our expectations. Back when Roger Ebert was alive, you couldn’t get away with a stupid movie. Now everything has gone to shit.

The problem is those damn kids, plus people on welfare. The worst is kids on welfare, which is why an opulent roomful of wealthy Tennesseers has come up with a plan to cut TANF benefits to parents whose children are doing poorly in school. If anything helps a poor student straighten up and fly right, it’s reducing his parents’ monthly income. By “parents'” I mean “mother’s.” By “straighten up and fly right” I mean “drop out of school to work.”

It’s a harsh world, and those kids had their chance. If they wanted adequate nutrition, they should have studied harder. You don’t get any second chances in this life, unless you’re a driver in Washington DC who deliberately struck a cyclist. Then you get community service. John Diehl is on video threatening Evan Wilder seconds before he hits Wilder’s bicycle with his truck and then drives away. He turned himself in nine months later and was subsequently allowed to plead guilty to property destruction and leaving the scene of a collision. It’s hard to imagine him receiving the same punishment for deliberately ramming a car.

The moral of the story is don’t ride a bicycle, because the courts will treat you as if you were poor. Being poor sucks, and when you stop doing it you have to let everyone know. Just ask the Roma of Buzescu, who got rich selling scrap metal after the fall of communism and now use outdoor toilets behind their enormous mansions. You probably know the Roma as Gypsies, because you are racist. I bet you didn’t even know that “Gypsy” was a pejorative term. You know who else hated Gypsies? Hitler.

You know who hates Hitler but loves this video? Me. Stand up to Hitler and watch it. My favorite part is Weird Al’s and Huey Lewis’s fidelity to the original facial expressions. Also, the last time I saw American Psycho it was projected onto a brick wall on Tommy’s roof in the East Village. This information is of no value to you, but I assure you, it was awesome. Nothing like that will ever happen again, now that Roger Ebert is dead.

Note: Technically, Roger Ebert, Ravi Shankar and I are not friends.