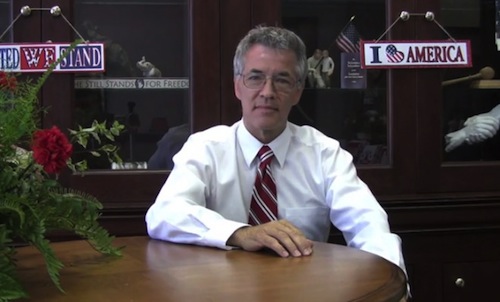 Combat! blog is busier than a one-armed man in a puppet show today, so we barely have time to focus our hate laser on North Carolina’s plan to A) declare itself exempt from the First Amendment and B) adopt an official state religion. Don’t worry—it won’t actually happen. The bill, which explains that the state’s General Assembly “does not recognize federal court rulings which prohibit and otherwise regulate the State of North Carolina, its public schools, or any political subdivisions of the State from making laws respecting an establishment of religion,” is a reaction to an ACLU lawsuit against Rowan County’s practice of opening commissioners’ meetings with a Christian prayer. That seems like as good a reason to nullify the First Amendment as any. We’ll be back tomorrow with Friday links and, you know, a bunch of billable hours.