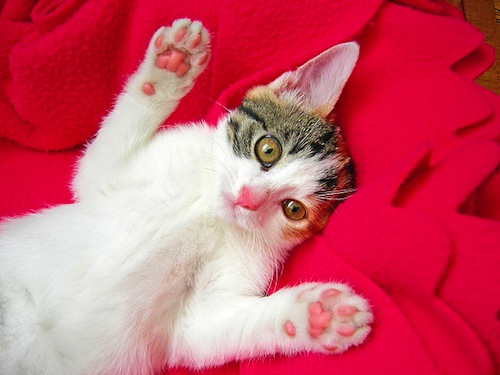 Human beings are caught in a constant struggle between being true to themselves and being true to others. That’s why giving up is so popular. Why devote your life to the real and the good, sacrificing your own interests for compassion and/or enduring the slander of strangers to live with integrity, when there are so many streaming video services out there? Today is Friday, and nothing feels better than rolling over and letting go. Won’t you forget how it felt to care with me?

As usual, our Congress leads the way. On Wednesday, House Speaker John Boehner agreed to make any appropriations to keep the federal government running after September 30th contingent on defunding Obamacare. That bill has no hope of passing the Senate. It might cause a shutdown. But at least it’s yielded the most depressing Times paragraph in recent memory:

Mr. Boehner knows that the plan he unveiled cannot pass the Senate, and that it may prove unwise politically and economically. His leadership team pressed just last week for an alternative. But with conservative forces uniting against him, he ultimately saw no alternative but to capitulate — and few good options to stop a government shutdown in two weeks.

Now that’s cynicism. He knows the law won’t pass; he knows it threatens the well-being of the people he was elected to represent, and he’s capitulating to a dumb faction of his party that he personally contemns. But hey—at least it will give him the chance to face this dilemma again next year. Breaking: they passed it.

It’s not Boehner’s fault, though. Those 80 House Republicans are just too powerful to be denied. When faced with clear evidence of your own weaknesses, it’s based to find an explanation that involves somebody else. The Onion offers a clean lesson in dramatic irony with this article about a man whose intelligence is “probably too intimidating for most women.” It’s also a fine lesson in photo selection. I kept waiting for a sentence near the end that explicitly declared Benjamin Walker not of unusually advanced intelligence, and it never came. It’s better that way.

This article about a secret society at the University of Alabama is not strictly about giving up, but it is too weird to ignore. You know I love a secret society, either as a fantasy of enlightened control or as a focus for my outrage. The Machine is the second kind. Composed of representatives from U of A’s white fraternities and sororities, it limited itself to telling Greeks whom to vote for in student government elections until it installed Cason Kirby on the Tuscaloosa School Board. A former student body president, Kirby had never been to a school board meeting before the election, but he “really decided it was someplace I could make a difference.” He also got some encouragement from local business leaders. You know you’re telling the truth about your own decisions when you compulsively say “really.”

Meanwhile, in Canada, the Ontario Athletic Commission has admitted that it doesn’t know which performance-enhancing drugs to test for at UFC 165. That information will have to come from the UFC itself, which certainly has no interest in reducing the likelihood that one of its fighters will test positive for a banned substance. Sorry—I accidentally hit my sarcasm lock key. Someone, possibly the UN, should establish a worldwide promoter-independent standard for drug testing in MMA. Then they should retroactively bust everyone but Fedor, who will become president. Of Earth.

Of course, the reason we give a rip about UFC 165 is that Jon Jones will defend his light-heavyweight title there. Who is Jon Jones, you ask? He’s the young phenomenon who is probably better than Fedor, definitely taller and fortunately incommensurable. You just can’t compare two fighters from different weight classes and different eras. That said, Fedor would never have done this:

I don’t care if it was the back of his head. It was the center of my heart.