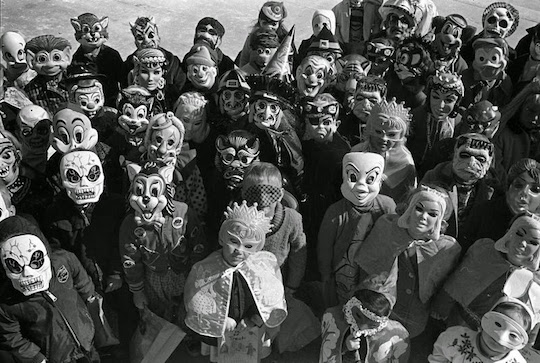 Old-timey children who are dead now

As any pamphlet will tell you, Halloween is an evil holiday. It’s probably the most evil holiday, with the possible exception of Secretary’s Day, and that’s why it’s so fun. For one day a year, American society permits you to gorge on sugar, trick people, and pretend to be someone you’re not. Then we return to our lives of circumspect eating and honesty. Today is Friday, and it’s almost time to pretend the monsters only come out on Halloween. Won’t you festoon yourself in gore with me?

First, the good news: voters of Toledo still have a few days to avert the wrath of God. “If people don’t give me what I earned in 2013 back,” mayoral candidate Opal Covey told the local NBC affiliate, “and I’m not on that seat in November, then you’ll see God visit the city in the greatest destruction you’ve ever seen.” This was in response to the question, “do you have anything to add?” and followed a brief speech in tongues. If you’d like to learn more about the Toledo mayor’s race, check this tweet.

But who is the greater monster: the monster who believes God wants her to be mayor of Toledo, or the monster who votes for her? Trick question: the greater monster is Frankenstein’s monster. Second place goes to this guy, though, who wrote to Slate’s Dear Prudence asking if he really must give candy to poor children on Halloween. “I live in one of the wealthiest neighborhoods in the country, but on one of the more ‘modest’ streets,” he begins endearingly, and works himself around to “we already pay more than enough taxes toward actual social services.” There is some awfulness to which even Prudie will not accede, and “Halloween for the 99 Percent” has found it.

I presume he is made up. Then again, certain people we think are made up turn out to be real and more awful than their fictional images. Take Norbert Grupe, best known as Vigo the Carpathian in Ghostbusters II. Props to Micky for the link. As a child, he sat outside his mother’s house while she refused to acknowledge him. As an adult, he sat outside his half-sister’s office to remind her that he raped her mother. The years between were about that quality, a combination of sad and evil that reminds us how trauma convinces people to inflict trauma. And he played a henchman in Die Hard!

In other, rarer cases, people treating you nicely can convince you to be nice. That’s the subtext of these touching, funny timeline by George Saunders of his writing education. The person who looks best in this memoir is Tobias Wolff, a man whose generous sensibility found what was best in a terrible workshop story and in Chekhov. “Don’t lose the magic,” he tells a first-semester Saunders, who promptly loses it in the attempt to write powerful, moving workshop stories. It’s a tale familiar to anyone with an MFA, and it’s both sad and heartening that it could happen to a voice as distinct as his.

Exuma is weird and awesome, and I can’t believe I didn’t know about him until a few days ago. But here he is, just in time for Halloween. I’ll see you tomorrow night at Glass Spiders.