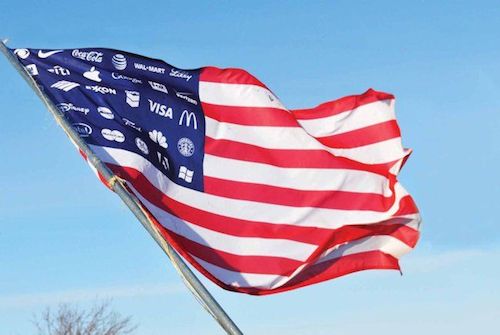 I’m not saying it’s a conspiracy, but “Kleenex” is in the Mac OS spellchecker where “corporatocracy” is not. Postindustrial America is the land of the free, meaning that government has declined to struggle with multinational corporations for control of our lives. Multi-thousand dollar insurance that doesn’t cover doctor visits? Fine, as long as it keeps government out of health care. Refusal to regulate high-efficiency killing machines that the vast majority of Americans want controlled? Whatever you say, paid lobbyists of gun manufacturers. Today is Friday, and the wolves want to set you free from the shepherds. Won’t you bleat plaintively with me?

First, the good news: President Obama announced yesterday that he will use executive authority to reduce carbon emissions by as much as 20%, encouraging states to set up cap-and-trade systems. Probably we’re too late and we will all become slaves to the mer-people, but maybe Obama will be remembered as the first president to do something about the defining environmental, political and moral failure of our time. Don’t worry, though: the Chamber of Commerce is fighting this grotesque abuse of power, after which they will presumably address the targeted killing of American citizens overseas and that machine that records everybody’s internet browsing.

Granted, that machine only works if the same business community that called Obama a tyrant for imposing pollution standards also cooperates with the NSA in spying on the American people. But they have a perfectly good reason for that double standard: money. It’s not cheap to run a cable company—even if you do enjoy a monopoly in nine of ten US markets—which is probably why basic cable prices rose at four times the rate of inflation in 2012. That Comcast/Time-Warner merger is looking better every minute. By “better” I mean “inevitable, so you’d better practice liking it,” in much the same way that you should practice waiting for a service technician to arrive sometime Tuesday between eight and four.

If you don’t like it, you can not have cable. We all have our rights, which is why Montana’s own Charter Communications (formerly Optimuum, formerly Bresnan) is sponsoring a ballot initiative to cut its property taxes in half. Presently delinquent on millions of dollars in same, Charter lost its lawsuit against the state when the Montana Supreme Court ruled that it is, in fact, a telecommunications company. Charter insists that it is only a cable company, which is weird because they provide my internet and mail me sales brochures for phone service at a rate of approximately two per week. Now they’re collecting signatures for a ballot initiative that would “lower cable bills” by passing a law to reclassify them. If you don’t get what you want from the bench, bet on ignorance at the ballot box.

To be fair, we are pretty ignorant. I, for example, did not realize the deplorable state of contemporary visual comedy until I watched this amazing tutorial by Tony Zhou. Using Edgar Wright as a positive example, Zhou describes several techniques for both sight gags and general comedic tone that have been woefully ignored in most comedies of recent years, which he describes as “lightly edited improv.” Zing! Think about it, though: how many Will Ferrel and Seth Rogan movies have you watched about people standing around talking? Film is a visual medium, but comedy directors are treating it like a slide show.

And let me assure you—looking at people moving is cool. Consider this video of Washington Ballet dancers demonstrating their most difficult moves:

“We are flying through the air,” he says, “and it requires you to have strong abs.” Meanwhile, I’ve been eating tortas as fast as I can. My long East Coast sojourn ends today, and by the time you read this, I will probably be trying to sleep on a plane. Isn’t it nice that I can still (sporadically) keep up the blog, even when I’m thousands of miles from home? And isn’t it nice that an insane iron bird will fly me thousands of miles from said home? I still hate corporations, though. To paraphrase Ben Franklin, anyone who would give up a little liberty for a lot of convenience and hyperdeveloped technology deserves both, but what can you do?