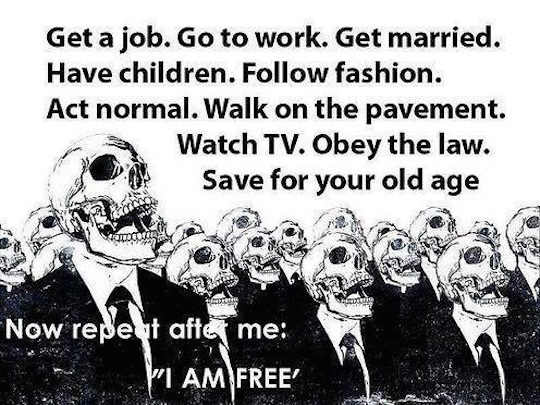 First, the good news: Bernie Sanders has trimmed Hillary Clinton’s national lead to only seven points, according to an uncited poll I read about in Business Insider. The bad news is that of the 504 minutes network news has devoted to 2016 presidential candidates so far, Sanders has gotten eight. He’s one of only four declared candidates who have polled above 20%, but he’s gotten the same amount of airtime as Chris Christie (4%) and Mitt Romney (said he wouldn’t run, but we should convince him to because fuck that guy.) Maybe it’s because he talks sensibly and boringly about policy. Maybe it’s because Democratic primary voters like him the way Republican primary voters like Rand Paul. Or maybe it’s like what a Sanders supporter told HuffPo:

“When 3 giant corporations own the majority of the mainstream and easily accessible media, and the candidate they aren’t covering is calling out that type of corporate corruption … connect the dots.”

Conspiracy! I call conspiracy. It’s not a problem with the incentive structures of broadcast journalism; it’s three big corporations holding Bernie back. Once we wrest the nightly news from corporate control, I’m sure it will be great.

If that sounds unlikely to you, 15% of American voters would probably find you hopelessly obtuse. That’s the portion of respondents to a Public Policy Polling survey who said they believe the government adds mind-control technology to TV broadcast signals. Another 14%1 believe in Bigfoot. Six percent of voters believe Osama Bin Laden is still alive, while a plurality of Romney voters said they agreed that “a secretive power elite with a globalist agenda is conspiring to eventually rule the world through an authoritarian world government, or New World Order.” I believe more people choose what they consider the funniest answer than pollsters realize. Either way, though, it’s awesome all these people vote.

I’m in favor of voting as the conspiracy we call democracy. The conspiracy we call republicanism, meanwhile, has taken steps to curb it. Now that the Alabama legislature has made it illegal to vote without a photo ID, the state is closing 31 DMV locations, including all locations in 28 counties. Depending on whom you ask, 12 to 15 of those counties are majority-black. It’s almost like Alabama intentionally disenfranchised thousands of its poorest residents. But Alabama would never do anything like that on purpose, now that it’s been almost 50 years since the last time they did. And five centuries since the first time.

Speaking of things that keep happening, the Treasury says our federal government will run out of cash on November 5, about a month earlier than predicted. That means shutdown talk and plenty of it. Of course, great guy in retrospect John Boehner will step down as speaker on October 31,2 so the essential business of the House will be conducted even less smoothly than usual. But I’m sure Secretary Lew didn’t tip Boehner to the early debt ceiling problem before he told the rest of us, so that Boehner could make way for a tea party speaker who would hoist that despised faction by its own petard. Conspiracy! I call subtle, destructive, multi-part conspiracy, you guys.

Meanwhile, at Medium, Michael Luo remembers April 2012, when the Oregon legislature made it illegal to release database information about people who held gun licenses, so that Luo could not evaluate the success of the state’s licensing program in the New York Times. Never let it be said that good journalism can’t change the law. Never let anything be said, if you can pass a law against it. We’ve got to keep this stuff secret until it all works out.