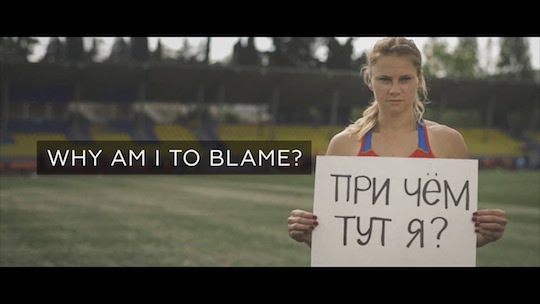 First, the good news: The problem of fake news is over, thanks to a new website that publishes only true facts that can be verified with multi-digit codes. The bad news is that the site is run by Peter Daou. He’s funding it himself, which is also but news but only if you are Peter Daou. The professional Hillary Clinton supporter has sunk an unknown amount of money into Verrit, which Clinton endorsed on Twitter as “a media platform for the 65.8 million.” Verrit’s signature feature—aside from its plan to make money by explaining why more people should have voted for Hillary last year—is that the facts you find on there are verifiable. I quote the information pane:

Verrit collects and contextualizes noteworthy facts, stats, and quotes for politically engaged citizens. Each “verrit” is a verified item of information marked with a 7-digit identification code. To authenticate a verrit, enter the code in the search bar and match it to our database.

Okay, so I see a verrit on the internet, and I know it’s true because if I go to the site and type in the code, it takes me to…the verrit I saw on the internet. I tried it with the verrit below, and it works, in the sense that the search told me it couldn’t find the verrit I was looking for but showed it to me anyway: 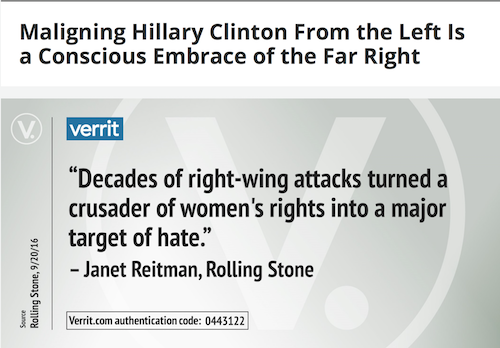 It’s a fact: criticizing Clinton for not being sufficiently leftist means that you embrace the far right. It’s verified by this statement of opinion on a different subject. Best of luck to Daou in whatever he does for Hillary after this.

Meanwhile, in Las Vegas, the police union has decided to get out in front of Seattle Seahawks defensive end Michael Bennett’s claim that he was racially profiled during a public scare two weeks ago. Shortly after the Mayweather-McGregor fight, a crowd of people who included Bennett fled what sounded like a gunshot. According to Bennett, a police officer grabbed him without cause, ordered him to lie on the ground and put a gun to his head, saying he would “blow [his] fucking head off” if he moved. In response to this allegation, the Las Vegas Police Protective Organization wrote this letter to NFL commissioner Roger Goodell asking him to investigate Bennett. Quote:

While the NFL may condone Bennett’s disrespect for our American Flag, and everything it symbolizes, we hope the League will not ignore Bennett’s false accusations against our police officers.

Awesome use of “our,” you guys. The NFL has announced that it will not be investigating Bennett, despite the police union’s recommendation. Even the cops need to stop snitching.

It didn’t work this time, but the principle obtains: when something goes wrong, it is definitely someone else’s fault. Would the cops have put a gun to Bennett’s head without probable cause if he hadn’t been there? Case closed. Moving on to other issues, Hollywood just had its worst summer at the box office in 20 years. Do they blame an industry-wide fear of risk that has led them to invest more money in fewer films, even as the obsessive search for intellectual property with built-in audiences leads them to obvious hackwork like Baywatch and The Emoji Movie? Nope. They blame Rotten Tomatoes. The New York Times reports that studio executives agree the review-aggregating site—which rates movies as “rotten” or “fresh” depending on how the majority of critics responded to them—is the reason people didn’t pay $12 to see King Arthur: Legend of the Sword. The problem is not that these movies suck, but that the ubiquity of Rotten Tomatoes scores on sites like Fandango makes it too easy for ticket buyers to know that they sucked. We should go back to the golden age of Hollywood, when moviegoers had to find out that the seventh X-Men movie was bad by paying for it.

Nothing is as good as it used to be, so it makes sense that we would remake old stuff and expect it to be just as good the second time. Oh, wait—that makes no goddamn sense at all. The only old thing that is just as good in remake is LCD Soundsystem. They are back, baby, and they sound just like Sound of Silver. At least for a few minutes at a time, anyway.