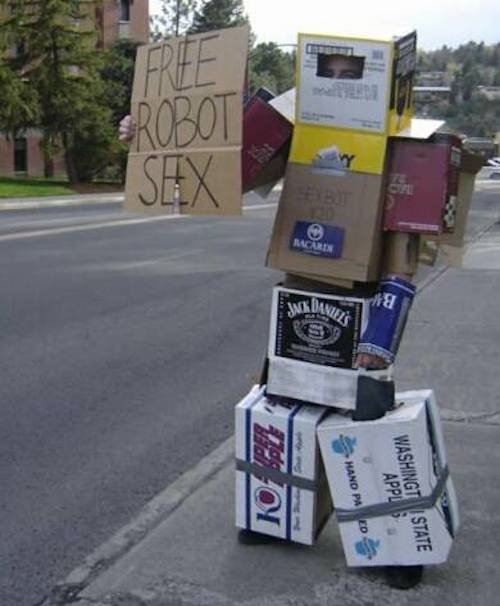 Tom Wheeler and the FCC have changed their position on net neutrality, drafting new rules that would allow internet service providers to charge companies for faster delivery of their content. Finally, Comcast and Netflix will get a chance to make some money. Wheeler strenuously denies that his agency is “gutting the open internet rule,” but it’s hard to see this decision making the internet a more equitable place. Perhaps it will be exactly as free and egalitarian as before. Or maybe we are not totally crazy to worry that letting Comcast—which owns NBC and Hulu—buy TimeWarner Cable, owned by AOL and what used to be Warner Bros., will result in some kind of collusion.

It’s hard to argue that what American media needs at this moment is more cooperation among corporate partners. From the standpoint of the internet we have now, it’s also hard to see how the collapse of net neutrality could possibly be an improvement for consumers. Letting Hulu pay fees to Comcast in exchange for more bandwidth is not going to make one service faster. It’s going to make everything else slower.

Internet service providers have limited bandwidth, as anyone who has tried to check email at my house around 5:30pm will tell you. In press statements, ISPs have been careful to describe their plans as allowing content providers pay fees for faster data transfer—the ubiquitous, reader-lowballing “fast lane” analogy—but what they are actually talking about is charging fees for a larger portion of their bandwidth. Unless we experience some dramatic improvement in ISPs’ carrying capacity, the end of net neutrality means slower service for anyone who doesn’t pay those fees.

The Times article inadvertently emphasized this gap between how ISPs present pay-for-play deals and how they will actually affect consumers when it deviated slightly from the fast-lane analogy. Quote:

The rules are also likely to eventually raise prices as the likes of Disney and Netflix pass on to customers whatever they pay for the speedier lanes, which are the digital equivalent of an uncongested car pool lane on a busy freeway.

Instead of building a fast lane on your local freeway, how about we designate the far left lane as only for certain people? By “certain people,” I mean “certain media conglomerates.” Don’t worry—from a certain standpoint, the freeway will be faster.

I’m sure that some people who do not own internet service providers or multiple film and television studios support this change, but I’m not sure who they are. The only people clamoring to allow ISPs to provide varying levels of service based on content appear to be the ISPs themselves and Republican FCC commissioners.

The latter group seems to oppose net neutrality because it constitutes regulation. Here I would like to advance a theme we’ve been talking about  a lot lately: government doing something and the market doing the same thing is a distinction without difference.

Only a very narrow viewpoint could see the end of net neutrality as a less regulated internet. Under present conditions, the government ensures that all content is treated equally. Without net neutrality, ISPs will discriminate among contents according to a pay-for-play system. Stuff produced by companies that can pay the fees will be easier to get, and stuff produced by those who don’t pay the fees—this blog, for example, or circa-2005 Facebook, or your website disparaging Universal Pictures—will be harder to get.

If the federal government proposed to do that, representatives from both parties would go insane. The internet is a medium of communication, and a historically egalitarian and open one at that. Letting the government prioritize certain content would be unthinkable, but letting ISPs do the same thing in exchange for money is freedom. It’s just freedom from the standpoint of very large and wealthy corporations.

I don’t mean to be a negative Nancy, but this is exactly the kind of shit that America is into right now. Behind the stalking-horse argument that government should not interfere with discourse or the economy, we’re letting corporations interfere with discourse and the economy. The telecom lobby is among the largest in the nation. If they pressure the FCC to let them sell established media companies priority internet, is that materially different from the FCC prioritizing established media companies?

Whether the federal government or a network of impossibly rich media conglomerates controls what I see on the internet does not matter to me from a consumer standpoint. I can comfort myself with the knowledge that ISPs are making more money, though. Thank god the government isn’t controlling our lives.