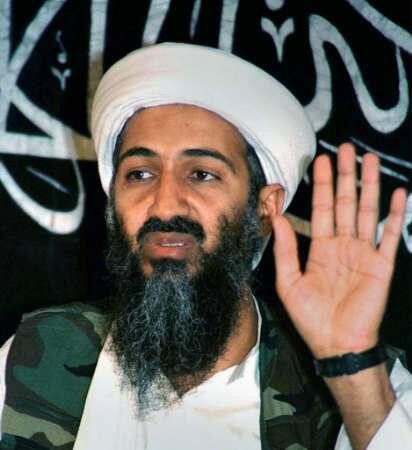 Osama bin Laden—or someone purporting to be him—released a taped “address to the American public” yesterday, in which he blamed US support of Israel for ongoing terrorism and called President Obama “powerless” to stop the war in Afghanistan. Bin Laden typically releases a statement around September 11th every year, kind of like the way CBS always plays How the Grinch Stole Christmas the third week of December. In previous years, he’s had George W. Bush and cronies to rail against, but the measured rhetoric of the Obama administration has left bin Laden without a Batman to his Joker. With his talk of international cooperation and emphasis on specific problems rather than broad ideological conflicts, the current President is more Commissioner Gordon than Dark Knight. No kid ever bought Commissioner Gordon comics, and Osama bin Laden is now in the unenviable position of having to convince high school dropouts to blow themselves up in order to strike back at a President whose stated goal is to get us out of two wars in the Middle East. Ironically, the man who helped define the Bush administration seems to be flailing to define himself.

The idea of Osama bin Laden as brand name becomes more compelling with each passing day, in part because it might be literally true. Bin Laden’s latest message is a video in format only; the only visual element is a still photograph of the World’s Most Famous Man with an audio track of his address. Maybe it’s read by bin Laden himself; maybe he wrote it for someone else to read, and maybe it’s fabricated entirely because the guy is dead. The last of bin Laden’s messages to feature video footage of him actually moving around came in 2007, and rumors of his death have circulated since 2001. Whether or not Osama bin Laden has literally made the transition from living human being to corporate logo, the recognizability of his image and impracticality of his actually doing anything—if he lives, he lives in the mountains of Tora Bora with two kidney dialysis machines and 30,000 Virginia farm boys looking for him—means that he functions as an international brand more than anything else.

Lately, that brand has become increasingly blurry. Back when the world’s only superpower was led by a dyslexic cowboy bent on personally supervising every election east of Illinois, bin Laden was the Macintosh to America’s PC. As books like Jihad Versus McWorld suggested, Islamic terrorism under bin Laden positioned itself not as a bloodthirsty doomsday cult but as critique of Western materialism and ideological emptiness. George W. Bush, who combined neocon imperial ambitions with naked subservience to corporate interests, provided the perfect foil against which to define the Osama bin Laden persona. Like Timothy Leary or Sid Vicious, bin Laden had primarily to be Not Those People.

With the ascendancy of Barack Obama and the Democratic Party, bin Laden finds Those People considerably harder to position himself against. Even if election-year rumors that Obama would throw Israel under the bus turned out to be unfounded, the new President has shown himself to be impatient with Israeli absolutism and insistent on some kind of rapprochement with Palestine. He’s publicly committed to ending the wars his predecessor started, and he’s more interested in preventing America from devolving to an iTunes-based economy than promoting democracy abroad. Now that the Great Satan is primarily concerned with deciding whether to give free medicine to sick kids, the case for blowing up a bus to stop us is more difficult to make.

Bin Laden’s rhetoric has shifted accordingly, but it hasn’t settled anywhere compelling. His latest audiotape spends a lot of time assuring us that he’s still relevant, pointing out that current White House policy in Afghanistan continues to pursue the interests of Bush and Cheney. “The time has come to liberate yourselves from fear and the ideological terrorism of neo-conservatives,” he says, without mentioning that we voted the neoconservatives pretty much completely out of power ten months ago. Bin Laden is reduced to slagging Robert Gates and asserting that Barack Obama is “powerless” to implement the change he promised, which seems likely to make guys in western Pakistan want to help him out, not blow up his house. The ideological moderation of the Obama administration has forced bin Laden to revise his theory of history. Previous video messages attributed Bush/Cheney foreign policy to a war on Islam. Now he accuses the current President of pursuing “the previous policies of fear to market the interests of big companies.”

That’s a subtle shift, but it’s an important one. America as corporate empire rather than Christian crusader is a weaker paradigm for Osama bin Laden, and one that oddly encapsulates his problem in a post-Bush, post-post-9/11 world. Just as the collapse of Soviet communism left George H.W. Bush without the clear adversary enjoyed by Ronald Reagan, the ignominious exit of George W. Bush has forced Osama bin Laden to explain why he is still necessary. Murdering 3,000 innocent people to prevent the extirpation of your religion is one thing, but doing it to prevent the opening of a McDonald’s in Kabul is another.

The base of Al Qaeda’s support has always been religious, not political. It was easy to whip up fanaticism when the American President went on television and talked about having conversations with God. Now that he’s talking about having conversations with Mahmoud Abbas, a religious mandate is harder to come by. Sheikh Osama bin Laden increasingly appears to us as a fixed image—a bearded, weirdly benevolent-looking potentate from a fading aristocracy, like Colonel Sanders. He is a symbol more than a man, but what that symbol represents is increasingly unclear. He still executes his marketing campaign every year at about this time, appearing on every available media outlet to remind us of his greatest success. Why he would undertake to do such a thing, however, has always been the crux of who he is, and he seems to be losing control of his explanation. Under the previous administration, the bin Laden brand could position itself against “terrorist” as “freedom fighter.” In the depressurized atmosphere of the Obama administration, his rhetoric has begun to dissipate. His brand has become a fog, and that fog has begun to drift toward, simply, “murderer.” As who Osama bin Laden is becomes less and less clear, his frozen picture on our TV screens serves increasingly to remind us only of what he did.