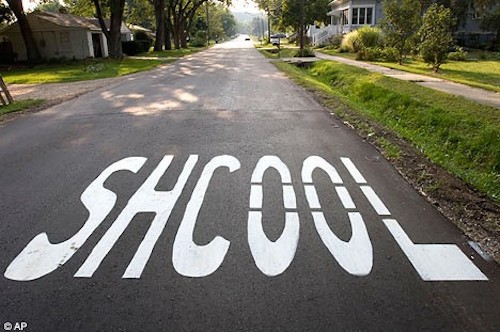 It turns out that we made a lot of mistakes lately—by “we” I mean the Combat! blog interns, whom I made the mistake of hiring, but also society—so I thought we might devote today’s post to taking them back; by “them” I mean the mistakes, not the interns, who will be taken back at the end of the semester by South Carolina State or whatever. Can somebody fix that sentence and bring me a pain au chocolat? Come on, people—get it together.

Speaking of sentences and mistakes, I described the prisoners’ dilemma wrong yesterday. A true prisoners’s dilemma is one in which the across-the-board outcome everyone gets for playing by the rules is less valuable than the outcome the individual gets by cheating. The example I cited would be a true prisoner’s dilemma if John got one year by ratting out Ben and vice versa, each got five years for getting ratted out by the other, and both got three years if nobody ratted on anybody. Props to A. Ron Galbraith for correcting me. They say your true friends are the ones who will tell you when you’re wrong, but I prefer sycophants and Russian spambots.

Speaking of sentencing and mistakes, duPont heir and confessed child molester Robert H. Richards IV has been given zero years in jail for raping his three year-old daughter. Delaware Attorney General Beau Biden—yep—originally indicted Richards IV on two counts of second-degree rape of a child, a charge that carries a mandatory 10-year prison sentence. The defendant pled guilty to fourth-degree rape, which carries no minimum sentence, and received eight years suspended from Superior Court Judge Jan Jurden, who said he would “not fare well” in prison.

Richards was 6′ 4″ and approximately 250 pounds at the time of sentencing, but he was also unemployed and lived in a $1.8 million mansion, so no—not street smart. There are a couple of mistakes to correct here. First, given that the great-grandson of a du Pont can commit pretty much the worst crime imaginable and avoid prison by negotiating with the son of the vice president, it was a mistake to say that America has no aristocracy.

Also, the events of this story happened in 2009. We’re reading about it now because it was mentioned in a lawsuit recently filed by Richards’s ex-wife. It was therefore probably a mistake to let it go viral yesterday, and it was a mistake for Slate’s Emily Bazelon to write that “the Richards case is part of a disturbing trend in which judges treat sexual assault crimes as only worthy of only [sic] a slap on the wrist.”

Chronologically, the Richards case is a trend in the same way as H1N1 and playing Edward Sharpe at your wedding. Legally, Bazelon’s trend toward lenient sentencing for sex crimes is supported by her three anecdotes but contradicted by readily available data. Journalistically, we should have known about this Richards sentencing thing five years ago, if it was so important. Probably, the national press covering the du Pont divorce more closely than the du Pont child rape indicates some sort of broad mistake in the structure of media and society.

Personally, it was a mistake for me to tell my landlord that he could have the windows replaced and re-side the house while I’m still living in it. We’re in week two, now, and I don’t think this project is going to be finished soon. The worst part is not the constant pounding, although that is unpleasant. It’s never, ever being alone.

As a person who works from home, I am used to several hours of solitude a day. This morning, the window guys arrived approximately one minute after Lucretia left for work. They’re nice guys, but I also have to greet them or at least look up from typing whenever they walk through the house, which is often. I can go work in a coffeeshop to escape the sound of a phillips bit not quite biting on the other side of the wall, but that only exacerbates the problem of others.

The other thing that exacerbates it is not having curtains or blinds anymore, so that after the workmen leave—around the time it starts to get dark—my house becomes a fishbowl lit from within. If I want to change my pants, I have to go into the bathroom. It was a mistake to think that I could write in the presence of others like a normal person, or have more than one pair of paints, or otherwise construct a life on my own terms pursuing the values I find satisfying. I mean what am I, a du Pont?