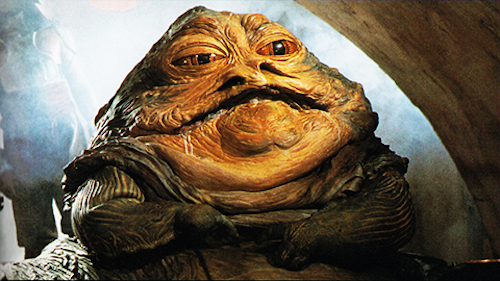 I agree with him in principle, but it’s hard to argue that the right to give more than $75,000 to a political party is “basic” when that amount exceeds the US median household income. This expansion of democratic rights necessary applies only to people with a lot of money, and those people already exercise outsized and broadly-lamented influence on the electoral process since Citizens United v. FEC. Besides extraordinarily rich people and their paid advocates, not a lot of people are arguing that money should be more influential in American politics. Yet here we are.

Before you flee to Canada, let’s establish a few heartening facts:

As you can see, we’re kind of stretching to find three heartening elements in this decision. At a moment when 80% of Americans agree there is too much money in politics, why would the Supremes further erode campaign finance law?

The polite answer is that five of them are strongly committed to a broad interpretation of the First Amendment that treats money as speech. Writing for the majority, Chief Justice Roberts concluded that, quote:

Contributing money to a candidate is an exercise of an individual’s right to participate in the electoral process through both political expression and political association…The Government may no more restrict how many causes a donor may support than it may tell a newspaper how many candidates it may endorse.

I think Roberts’s assertion that donating money to a candidate is tantamount to association is tenable, but it’s a real stretch to say that donations are speech. His analogy to newspaper endorsements is particularly shaky. For one thing, we’re talking about individuals, not corporations. Within that context, we must acknowledge that some individuals have the capacity to “speak” with more than $74,600 each cycle, but most do not. The whole point of the First Amendment and other constitutional rights is that they are afforded to all citizens. It’s hard to argue that contributions in excess of the old limit are an inalienable right when only a small portion of the electorate can ever hope to exercise it.

But the Chief Justice of the Supreme Court understands the Constitution a hell of a lot better than I do, so probably he is right on this point and I am wrong. An area in which I claim equal expertise to Roberts, however, is in my understanding of the public good. I agree with the vast majority of Americans that money plays too large a role in contemporary politics. This decision is only going to exacerbate that problem—but that’s just fine with Roberts, who explicitly states that the common good is not a factor in his reasoning:

In assessing the First Amendment issues at stake, the proper focus is on an individual’s right to engage in political speech, not a collective conception of the public good. The whole point of the First Amendment is to protect individual speech that the majority might prefer to restrict, or that legislators or judges might not view as useful to the democratic process.

I’m not sure that’s the “whole point” of the First Amendment. Surely there is some teleological element beyond speech for speech’s sake—some idea that free speech is valuable because it makes a democracy better. For what reason do we have a Bill of Rights, if not to make life decent for Americans?

But all that is orthogonal to the glaring, unsubstantiated assumption on which the conservative majority based its decision in this case and in Citizens United v. FEC: money is speech.

It’s not. Freezing my assets is not a violation of my First Amendment rights. Neither is preventing me from buying an automatic rifle, or taxing my income, or prohibiting me from mailing checks to Al Qaeda. All of these are instances of the government controlling how I use my money, but only an obstinate person would argue that they constitute restrictions on my free speech. There are five obstinate people on the Supreme Court right now, and they are making life worse for the rest of us.