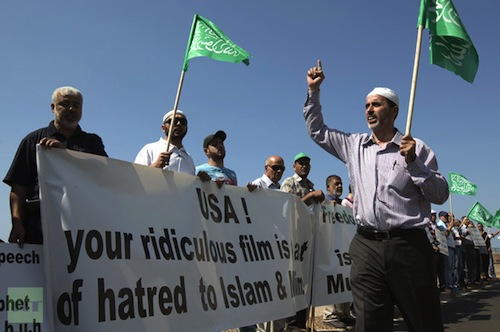 There is very little Combat! blog today, as I spent the night throwing up and the morning at the dentist. It’s frankly one of the worst combinations I can think of, but the good news is that I finally have a real fake tooth—and only seven months into the six-week process. While I plot revenge, how about you read Bill Keller’s editorial in the New York Times about The Innocence of Muslims, Salman Rushdie, and Middle-Eastern protest culture? Sample:

One of the principal goals of the extremists, I was reminded by experts at Human Rights First, who follow the region vigilantly, is to pressure these transitional governments to enact and enforce strict laws against blasphemy. These laws can then be used to purge secularists and moderates.

It’s like Lenin said: I am the walrus. Back tomorrow in bare feet.