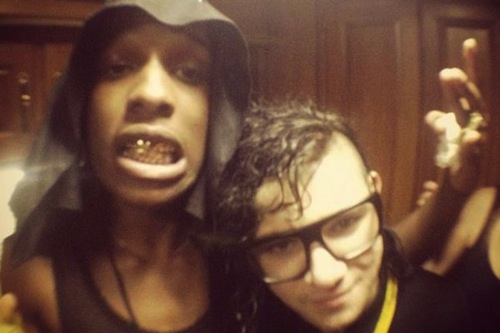 You don’t live alone for eight years and not develop an interest in dance music. That would be weird. Just as my downstairs neighbor’s life as a law student leaves him free to watch his favorite movie, Trains & Explosions, from 4pm to 1am every day, my life as a hermit allows me to listen to the Soulwax Shibuya remix of “Daft Punk Is Playing at My House.” Also there is dancing. Such behavior is healthy and normal, provided that I listen to the good kind of dance music and not Ke$ha or Technotronic or whatever.

Obviously it is important to distinguish between good and bad dance music when you are doing the twist in your underwear, lest you appear foolish. For the purposes of this discussion, I will define “dance music” as any music whose purpose is to make people move their heads involuntarily. As far as I’m concerned, dance music includes disco, hip hop, industrial, “For the Price of a Cup of Tea,” most Top 40 and two-tone ska.

It’s a wide net. Across these disparate genres, however, I have identified certain elements that I like. One of them is atonal sounds in rhythm, viz:

That shit drives me wild. Yet it is not without its cultural connotations—most of them negative. The atonal rhythmic sound is a staple not just of my living room, but also of every trashy club that plays cookie-cutter dance music. If you don’t believe me, consider the way that the atonal rhythmic noise in the chorus of “Wild For the Night” functions as a metonym for mindless partying (1:15-1:19.) “I’m going wild for the night / fuck being polite,” Rocky’s slowed-down drank voice says. “I’m going [beow ba ba ba ba BEEOWW ba et cetera.]

Contemporary dance music is an especially self-referential genre; it is not only organized around samples and cultural signifiers, but also around singing about being at the club and listening to dance music. That’s weird. It’s as if most rock and roll songs were about being at a Rolling Stones concert, but the why is not important. The important thing is the how, and the accepted convention that certain noises signify being at the club. Consider this hoary gem of the early 21st century:

If you have not heard hip hop scholar Ben al-Fowlkes’s disquisition on why that noise—rendered as do DO, do DO!—is a landmark development in dance music, you really should. It makes the song sound like you are at the club, and because the club is a place where everything is permitted, that sound gives you permission to wile out every time you hear “Yeah.”

Except “Yeah” is one of the trashiest club jams of all time. You can and perhaps even must dance to it, but you have to do it in an ironically knowing way. Part of cultivating an appreciation for dance music is cultivating disdain for the vast majority of other people who listen to it, and so certain sounds rapidly become signifiers of philistinism. Consider the wub wub that has become synonymous with dubstep, and which now somehow sounds like an illegitimate gimmick even when you like it.

Skrillex is a dubstep guy, and not one of the cooler ones. His presence on “Wild For the Night” is a naked play to his popularity that therefore must be ironized. Hence the numerous assertions that the rappers are in an altered state where their behavior doesn’t really count. “It’s the weekend and I’m creeping with my [n-words,]” Drank Voice says, “drunken, disrespectful, calling women bitches. / I don’t mean no harm…”

Even though Rocky routinely gets drunk and calls women bitches in his other songs, this time it is because he is out partying. He does not really mean it even though he is doing it, just as we do not really approve of that noise even though we are doing pelvic thrusts and twirling an imaginary lasso every time it happens.

In this way, atonal rhythmic sounds are an analog for dance music as a whole. One is obliged to enjoy them ironically, even though what’s enjoyable about them is the way they affect one viscerally. Similarly, everyone wants to dance because it is so fun, but no one wants to be the person who uncritically endorses a bad song/party/sequence of movements through dance. Thus dancing almost always begins ironically, or at least smirkingly, before it can descend into frenzy. The atonal sound is a call to that slippery slope, even in its earliest iterations.