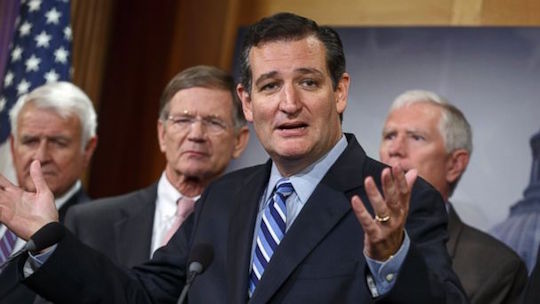 Over at the New York Times, Angie Drobnic Holan has written an interesting guest editorial about her work as a political fact-checker. Holan works for PolitiFact, the Pulitzer-Prize winning project of the Tampa Bay Times to determine the accuracy of public statements.1 When you think about it, every news organization in America should do that—especially since Holan notes that fact-check stories get a lot of internet traffic after debates and other news events. Now is a good time for fact-checking. “I see accurate information becoming more available and easier for voters to find,” she writes. “By that measure, things are pretty good.”

Here’s a fun question: Do politicians lie now more than they used to? If accurate fact-checking is getting easier to find, we pretty much have no way of knowing. If Sarah Palin had warned us all about death panels in 1915, the average American might never have learned she was lying. It’s the discovery of lies that creates the perception of dishonesty, not lying itself. We therefore cannot know if politicians have been lying more or if we’ve just gotten better at catching them.

It does seem like we can say conclusively that contemporary Republican candidates lie more than Democrats, though. PolitiFact evaluated an impressive 84% of the statements from Ben Carson as “mostly false,” “false,” or “pants on fire.” Donald Trump trails him in overall dishonesty by eight points, but the businessman puts up a higher percentage of “pants on fire” lies, statements that have no apparent basis in fact. You have to go ten names down the list to find a Democrat: Joe Biden is tied with Jeb Bush at 32% dishonesty.

The gap between parties is also approximately where we break 50% truthfulness. Bernie Sanders is the first name on the list to have passed more fact checks than he’s failed, possibly because his socialist critique of US government has made him better at trotting out startling facts that are actually, you know, factual.

This brings us to a question of sampling. PolitiFact doesn’t evaluate the truthfulness of everything politicians say; it only checks statements that are startling or otherwise widely remarked. In this area, Republicans enjoy a cultural advantage. The Republican critique insists2 that the United States has reached a moment of crisis, so Republican candidates are under a lot of pressure to make gloom-and-doom proclamations. It’s like they’re conducting their entire political discussion in a barber shop. And the article of faith that the “mainstream media” consistently pursues an inaccurate, liberal agenda encourages Republicans to tell voters something the news doesn’t agree with.

Still, the graph that accompanies the Times article is pretty striking. Either PolitiFact also pursues a liberal agenda, or Republican candidates are consistently more publicly dishonest than Democrats. This poses a problem to reporters who want to maintain their objectivity. How can you treat both major parties equally when one of them lies much more often?

One solution would be to report what they say and leave any judgments of accuracy to readers. That’s the course many news outlets seem to have chosen—most news outlets, it would seem. But it would also seem that such behavior is an abdication of their duty as journalists.

If Trump said the French government had assassinated Secretary of Agriculture Tom Vilsack when the secretary had in fact just gone camping, the news would do wrong to report his claim uncritically. Skepticism, in the form of confirmation, is an essential part of reportage. You can argue that the story is not “Vilsack attacked by French” but “Trump says Vilsack attacked by French.” But that kind of reporting isn’t news. It is merely free publicity.

I would like it if every news story about a public figure’s remarks came with some assessment of whether those remarks were true. Obviously, that’s not necessary in claims of opinion, as when Trump says the American dream is dead. But when he said there were 30 million illegal immigrants in the United States, the inaccuracy of that statement should have been prominently mentioned in every story about him for weeks.

The news provides a public service. That service should be more than making lies louder. I hope Holan is right, and fact-checking becomes a hot new trend in media. I would settle for it taking just a little layout space away from lies.