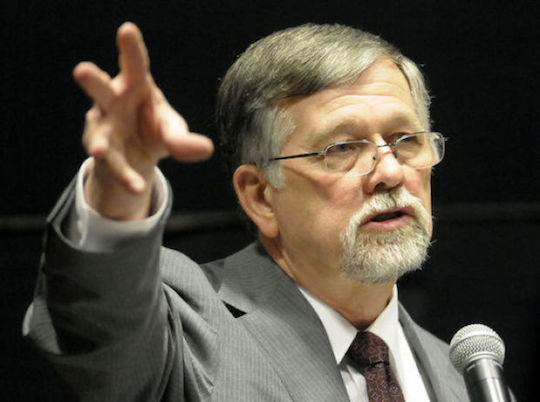 Regular readers of Thursday blogs might know that the University of Montana has hit a rough patch. Enrollment at the Missoula campus has dropped 20% since its peak in 2010, a five-year skid that neatly coincides with the tenure of President Royce Engstrom. Last year, budget cuts forced him to eliminate the equivalent of 192 full-time positions—187 of them from instruction, as it happened, and only five from administration. Meanwhile, Montana State got more money than UM from the regents for the first time in history.

Last week, Engstrom delivered his long-awaited 2016 state of the university address. I would have bitten my nails in anticipation of his enrollment plan, if I were uncouth. As it is, I sat with my hands neatly folded and looked forward to his articulation of a bold, specific strategy.

That strategy turned out to fit into two catchphrases. The first is the University’s new slogan, “Let’s go there!” which does addresses the problem of declining enrollment head-on. The second was Engstrom’s call for better “customer service.” That sounded promising, too, at first—until you realize it is the vaguest of businesspeak, and whatever it means, it isn’t more classes and better teachers.

If we’re going to talk about the university as though it were a business, how about we sell a better product? That seems more likely to win back our market share than improved customer service. “Customer service” sounds like justification for a ballooning administration. Engstrom’s plan seems to reflect the same mindset that directed 96% of its cuts toward instruction last spring—which is no surprise, since it’s a product of the same administration those cuts spared.

What we have here is a feedback loop. You can read all about it in this week’s column for the Missoula Independent. We’ll be back tomorrow, probably, with Friday links.