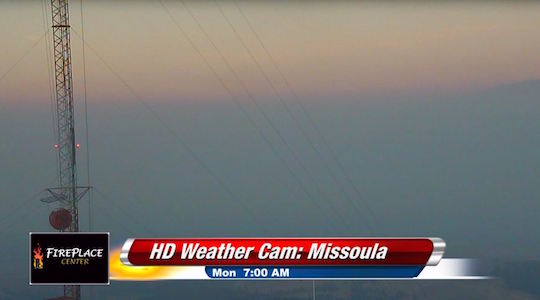 There is one weather pattern in Montana I did not grow up with: smokey. Missoulians are busy as bees right now, but it’s the kind of bee that does its work under a blanket of the beekeeper’s soporific smoke. Damn the beekeepers, I say, and among them I include the rangers of the North Fork District, who started the controlled burn now curing Missoula on Sunday. It’s dark now, and it smells like Phyllis Diller. I have been steadily churning out denouement and comments on college essays1 all day, and Combat! blog has fallen by the wayside again. Don’t blame me. Blame those goddamn rangers, who think not once in their management of the forest that some of us might not care to feel sleepy. That’s the vanishing West for you. Anyway, while I bang out the prose equivalent of that leaning fall marathoners do across the finish line, how about you read Sam Kriss on the dubious idea that our politics are post-truth? That doesn’t sound right to him. He doesn’t always sound right to me, but he thinks at a finer grain than Slate generally offer. I’m invariably pleased to see his byline. We’ll be back tomorrow with more moaning and excuses.