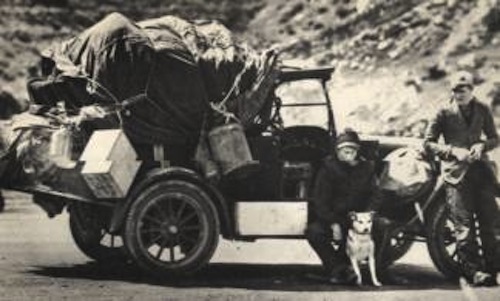 It’s moving day here at the Combat! blog offices, where certain dismayingly materialistic acquisitions (real mattress) have led us to A) complain that this was much easier last time, when literally everything we owned fit into the bed of a Ford Ranger and B) assume that the economy has recovered. Things must be going well when even people who don’t want stuff have stuff, right? Of course it turns out that things are not so sunny. The US economic metaphor has been upgraded from crash to lingering illness, and while total work hours, productivity and corporate profits are all up, unemployment and the housing market—the two segments of the economy that most pertain to actual people and not Excel files—continue to suck it for coke money. And yet, the hot issue in politics is deficit spending. As the New York Times points out, the international mania for curbing government spending and balancing budgets—which has thus far dominated the G-20 summit, to say nothing of discourse at home—has the potential to trigger another Roosevelt Recession. What the fudge is that, you ask? Looks like someone’s going to have to click on the jump.

Welcome back. To answer your question, photosynthesis is the process by which—wait, sorry. I started cleaning the bathroom while I was waiting. The Roosevelt Recession is the name historians have given to the economic downturn of 1937 and 1938, when FDR attempted to balance the budget by sharply cutting federal spending. In 1937, production and profits had returned to their pre-Depression levels, although unemployment remained high. Sound familiar? Responding to pressure from his advisors to rein in deficits, Roosevelt reduced the labor rolls of the Works Progress Administration and halted nearly all of the New Deal’s public works projects. Over the next year, unemployment rose 5% and manufacturing output fell by a terrifying 37%, returning the country to 1934 levels.

Except for their certainty that it was FDR’s fault, economists disagree on what exactly caused the Roosevelt Recession. Keynesians argue that the crash, New Deal and recession constitute a near perfect experiment, by which the implementation of increased government spending caused a depressed economy to improve, while the cessation of said spending caused it to worsen again. Monetarists, on the other hand, argue that the whole thing was caused by a reduction in the money supply, which the Fed tightened in 1937 amidst FDR’s cuts. Economics is an inexact science, which is a nice way of saying it’s not a science at all, and we can never eliminate enough variables to know exactly what moves the system.

Still, the parallels between 2010 and 1937 are striking. The logical course of action might be to grit our teeth and continue spending money we don’t have, but the odds of that becoming any more politically feasible between now and November seem pretty low. “Stimulus” is a dirty word, if not to economists then to voters. While most pundits agree that cutting spending and raising taxes is an enormous risk right now, they also seem to agree that it will happen.

The spending cuts will happen, that is. Policymakers are no more interested in selling us tax hikes during an economic crisis than they are in going on Fox & Friends and explaining Keynesian economics. This position, responsive to the people though it may be, combines the worst elements of two courses of action. It incurs the same risk of recession as Roosevelt’s 1937 cuts but doesn’t generate enough revenue to actually balance the budget. Like a lot of politically popular ideas during hard times, it represents the triumph of hope over effort.

A frustrating distillation of that position comes from Harold Evans in the Daily Beast, who recognizes the same parallels to 1937 but arrives at a conclusion as vague as it is hopeful. In addition to A) describing Marty McFly’s problem in the third act of Back to the Future as “to return to his present day, his flux capacitor needed a providential shaft of lightning,” and B) praising the low unemployment rate of 1938 Germany, Evans argues that the solution to our economic/budget woes is to…wait for it…cut taxes.

At this point I would like to advance the argument that it is fundamentally easier to be a conservative commentator. You know it’s gonna be “cut taxes,” so all you have to do is come up with a reason to say it. Evans admits that the sort of infrastructure projects that the stimulus funded are necessary components of recovery, but he sees no need to make them deliberate acts of American governance. “Getting America going again doesn’t by any means have to be by direct government employment, with all the bureaucratic obstructions,” he writes. “Much could be achieved by tax cuts, especially for small businesses.”

Exactly how letting small businesses keep another 10% of their income will result in “massive retraining, a halfway decent railway system, broadband across the nation, [and] crumbling water and sewage systems restored,” goes unexplained. Evans blasts FDR and Hoover for clinging to conventional wisdom at the same time that he claims the extra economic activity generated by tax cuts will make up for the revenue lost—a popular argument that has yet to be borne out by any tax cut in history, ever. The appeal of Evans’s solution is not that it is well-argued, empirically supported or even described in detail. It’s just very simple. “Cut taxes” is the easiest plan to say in all of contemporary economics, and it just happens to be the plan that everybody wants to hear.

Unfortunately, the plan is more fully described as “cut taxes and hope.” The American public is right to worry about another Roosevelt Recession, just as we’re right to worry about vertiginous deficit spending. Those are two problems, and many of their solutions are mutually exclusive. That doesn’t absolve us from articulating a real plan, though. The whole reason we came up with government and economics in the first place was so that we’d have something better to do than wish.