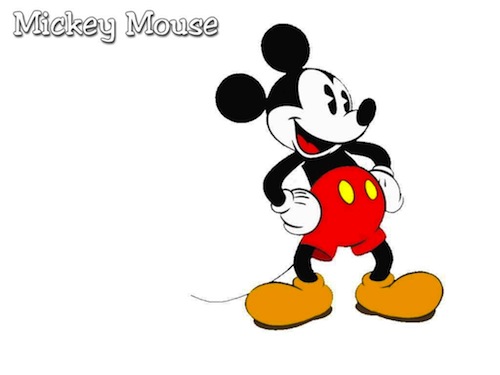 Oh, boy! I'm shutting down this website and making it a crime for search engines to link to it!

Wikipedia, the massive online library of free papers for freshman rhetoric, will go dark on Wednesday in protest of the Stop Online Piracy Act. The act, currently pending in the House of Representatives, would allow the justice department to shut down websites accused of posting copyrighted content and/or block access to those sites via US internet providers. That doesn’t seem so bad, until you consider that much of the content on many of the most popular websites is user-generated—which is to say movie- and TV-generated and, you know, stolen. Sony Pictures could get the Justice Department to shut down YouTube, if it wanted, because people posted videos of Spider Man. And that’s to say nothing of copyrighted Facebook avatars, copyrighted samples, copyrighted Evanescence lyrics on strippers’ blogs, and copyrighted information.

That last one is perhaps the best reason to believe that SOPA could become an instrument of de facto censorship, and it has given even Congress pause. Note from paragraph three of that Washington Post article that we’re capitalizing American Jobs now, much like the War on Terror. Harry Reid has cited the importance of protecting American Jobs in his stewardship of SOPA, demonstrating  how much that phrase has become a shibboleth for “corporate interests.” American Jobs does not refer to the massive industry spawned by sites like YouTube and Reddit or technology like BitTorrent. It refers to the profits of copyright holders, which are still measured in dollars but now discussed as people.

But I digress into unsubstantiated ranting. We were talking about censorship, and the fact that, as SOPA is currently drafted, it provides for the blocking of entire websites for single copyright violations. That seems a little draconian—to say nothing of unnecessary, since YouTube and other hosts are constantly fulfilling requests to take down copyrighted material—but it still sounds like a far cry from censorship. But consider Wikileaks.

Back when that whistle-blower site was an avowed enemy of the US State Department, Bank of America argued that whatever internal documents the site was threatening to publish were protected by copyright. It seems a tenuous argument, but in combination with a SOPA and a sympathetic government, a block of Wikileaks for US users seems at least plausible. Sometimes, as with the revision of federal law to accomodate Mickey Mouse, the federal government listens closely to copyright holders. In the age of the SuperPAC, are you sure it will do the same for internet users?

SOPA is a money bill, not a speech bill, but its enforcement has serious speech implications. If you believe in the American system, those speech implications will eventually translate to money, too. The United States is not going to be a major power in the information age if its citizens cannot access the same websites as the rest of the world. SOPA is in this sense a prioritization of the past over the future, of the people who have assets now over the people who might build them later. In 2012, that’s not what this country needs.