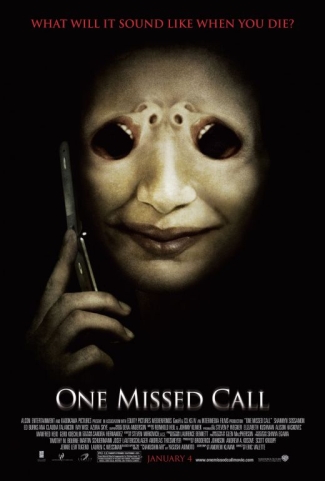 First of all, those of you especially perceptive readers may have noticed that Combat! blog now contains ads. Right now, for example, it contains a big, full-color ad urging you to fight against the government takeover of health care, which I think is frankly hilarious. Also right now, the ads are completely effing up my layout, because I haven’t yet determined how to configure them properly. We should be working that out shortly. I’m going to be honest with you: I was vehemently against putting advertisements on the site, but the five unpaid interns who actually write the posts in Combat! blog and answer the Combat! phone while I’m out getting illicit massages outvoted me. Now they’re getting paid those sweet sweet Google AdSense bucks, and you—just like you do everywhere else—will have to start averting your eyes from certain portions of Combat! blog so as not be hypnotized by genius marketing. Finally—and this is actually very important—DO NOT JUST CLICK ON THE ADS A BUNCH OF TIMES. Seriously—that won’t help me, and Google will only realize what you’ve done and ban me from AdSense, as they did Sarah Aswell when I tried to help her in the same fashion last year. Don’t click on the ads unless you’re actually interested in buying gold or night vision goggles or whatever. Also also, I’ve been screwing around with the sidebars, so now you can see a live-updated list of the most recent comments on the left side of the page, which today features my exchange with a dude who is strongly against the interracial kiss in that Levi’s commercial. So it looks like my grandpa finally figured out DSL.

You probably don’t care about any of that stuff, because you are currently too worried that stealth fighters will appear in the sky and launch metallic pods into the earth, obliterating all life as we know it and maybe advertising, I dunno…an herbicide? Some kind of new pickup truck? If you haven’t been to a movie in the last four weeks, I’m talking about this:

“What in the world is that?” indeed. That turns out to be the Verizon Droid, which is an internet-ready smartphone operating on the Google Android system. So, yeah—it’s an iPhone, but with sharper edges and you can use it on Verizon. You wouldn’t know that to watch the commercial, though. Whereas previous Verizon commercials have been organized around the timeless theme of a nonthreatening homosexual who implicitly criticizes my existing phone provider, the theme of this one seems to be military supremacy. After watching it, I assumed that Verizon was explaining to us that it had become sufficiently wealthy as to hire a private army, and we had all best watch what we say from now on.

The question of what constitutes a failed commercial is a thorny one, especially considering the documented effectiveness of what marketeers call “pester power.” Just because a commercial is annoying or extraordinarily stupid doesn’t mean it’s not going to work. In fact, our lingering resentment of advertisement may just be the most powerful tool available for keeping products in our minds. Still, the wasteland of postwar American cultural history is littered with commercials that overshadowed the products they tried to sell. Whereas that Meow Mix commercial, which makes me want to push a hot needle deep into my ear, takes pains to convey the important concepts of A) cats, B) a thing cats can eat and C) the word “meow,” the Verizon Droid commercial fails to make it clear just what the fudge I’m looking at. Instead, it spends almost all of its 60 seconds telling me how to contextualize it. To wit:

1) It comes from on high. Literally. In the opening shot, faceless pilots of stealth fighters fly in formation above the clouds, looking at instrumental panels that feature, alarmingly, a map of the United States with red dots on it. One of two lines in the entire spot is a radio voice saying “Okay, copy that,” before the bomb bay doors open. As technologically magical and far advanced of normal human life as these superpilots are in their rocket-powered inviso-planes are, they are merely the pawns in a far more complicated game, played by an even more terrifying and faceless intelligence.

2) Whereas we are pussies. The America on which these stealth fighters are dropping weaponized cell phone packages is overwhelmingly bleak and empty. Finally, we know what the Levi’s “Go Forth” commercial landscape looks like during the day. The normal humans in this commercial—the stand-ins for us, the consumer—conduct lives of menial loneliness. A tractor ploughs a barren field. A man in silhouette wearing an A-shirt, which is the universal advertising symbol for gritty authenticity, uses a pay phone—presumably because he’s waiting for someone to come out with a decent smart phone. A young woman pumps gas with a troubled expression, a single father drives his son down an empty highway, a fisherman needs to wash his hair, loggers…um, log—Raymond Carver wrote the second act of this phone commercial. Then all hell breaks loose. The phone pods fall to earth, frightening everybody including a horse, which knocks down his handler and bolts away. Verizon Droid: It will knock an old man down. The message of the middle part of the commercial is that our world is drab and simple, and this phone comes from a place that is to our quotidian existence as the life of angels is unto an afternoon spent mowing the lawn.

3) Even if they showed it to us, we probably wouldn’t understand. This is actually the genius part of the commercial, although it’s a savant-like genius that thwarts its own aim. The first three times I saw it, I could not tell what was in the damn pod. The citizens of Bleaksville, Oklahoma can’t figure it out, either, and their collective response to the Opening of the Pods is basically to squint and be mesmerized. Whatever the Verizon Droid is, it’s amazing and we don’t really appreciate it. Like I said, it’s a genius maneuver, because the Droid is basically an iPhone that slides open. Verizon has essentially replicated an existing status item, and for exactly the same price, too. They’re in a bind, because they’re selling it to compete with the iPhone and they want consumers to consider it a viable alternative, but if said consumers decide that it’s just like the iPhone they won’t buy it. So, like James Cameron convincing us that the Alien is super scary by only showing us a little bit of it, the good people at Verizon rely on the limitless power of our imagination.

The problem, of course, is that we already basically know what to expect from a phone. Probably it will have a cool touch screen, like the iPhone, and allow you to make calls even when not perched directly atop an AT&T tower, like the Blackberry. At this point, the smartphone market is fairly well saturated, creating the sort of perfect competition that you get with pants and milk. In classical economics, such uniformity of products would lead to price competition. But this is America, where the three significant wireless providers sign exclusive deals with the four significant smartphone manufacturers, and price-driven competition can suck it. Instead, Verizon has handed things over to the hype machine, and the hype machine believes that the release of a new kind of phone is an event on par with a small-scale air war. They’re probably right, and we should probably just go out an buy the thing. It’s either that or plough the empty field again.