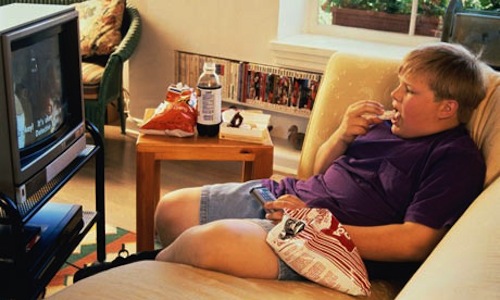 When Hostess went out of business, I immediately faced the prospect of not eating a Ho-Ho ever again. I am familiar with Swiss Cake Rolls; it’s possible I ate an entire box of them this weekend, but they are not Ho-Hos. It’s not even that I like a Ho-Ho so much. It has that flavor and that texture, though, both of which lie between chocolate and wax. A Ho-Ho is not good so much as it is particular, and the idea of never having another one makes me appreciate the alcoholic’s principle of One Day at a Time. In short, I am addicted, like the American food executives in Michael Moss’s million-page exposé want me to be.

It’s a long one, even for the New York Times Magazine, but it’s worth it. Of particular interest is the systematic, terrifyingly quantitative approach that makers of processed food have taken to “optimize” their products for popular taste. “I’ve optimized soups,” says Dr. Howard Moskowitz, PhD experimental psychology. “I’ve optimized pizzas. I’ve optimized salad dressings and pickles. In this field, I’m a game changer.” The game, of course, is making people eat.

By a lot of scary metrics, Nabisco et al are winning. Their single-minded focus on making food people will eat a lot of—not food that tastes good, necessarily (see page 5) and certainly not food that is nutritious—is probably at least partly responsible for the documented rise in obesity among Americans. Still, there is something discomfiting about that claim. If I bake a delicious cake and leave it on your doorstep, I am kind of responsible for your increased sugar consumption. But I sure didn’t make you eat it.

Here we encounter a classic case of the tension between liberty and well-being. The good people at Cadbury are free to make as many cloying variations on Dr. Pepper as they like. It’s in the Constitution. Their freedom is made possible by my freedom not to drink Dr. Pepper because it is operatively poisonous. Yet millions of people disagree with me and think Dr. Pepper is great, and they have the Type II diabetes to prove it. Presently, one third of Americans are obese. Clearly, the freedom to not consume Dr. Pepper and Yoplait (more sugar per serving than Lucky Charms) is not widely exercised.

So we have a problem. America, as it expresses itself through presidential fitness initiatives and rap videos, does not want to be a nation of fat people. Yet we also keep eating foods that make us fat, in part because such foods are widely and easily available. Which, then, is the will of the people? Do we restrict the liberty of industrial conglomerates to make addictive Doritos in order to help people choose food that will give them the healthy bodies they want, or do we allow Yum Brands to make whatever even though it thwarts people’s long-term desires?

It sounds like a conflict between individual/corporate liberty and the general good, but when you consider that obesity strongly correlates with poverty, it starts to look more like a conflict between liberty and equality. There are plenty of reasons that rich people are generally slimmer, but one of them is the price and availability of processed foods. I lived in a few New York neighborhoods where I had to take the subway to buy vegetables, but I was never far from Popeyes. When you consider that processed food is cheaper, less nutritious and more widely available than groceries, the free market choices of low-income consumers start to look more like coercion.

We want a free society, and we want an equal society. The problem is that liberty—in this case, the liberty of General Mills to manufacture ever more addictive sugarfats—tends to expand inequality: in this case, the unequal distribution of mass among the citizens. Balancing this equation in a modern context is complicated by unequal scaling. The scope of our economy, and thus of our potential inequality, has expanded dramatically since 1776. Our liberty, as measured in individual choices, remains about the same size.

It’s hard to reconcile the claim that people eat Gushers and drink Pepsi purely of their own volition with evidence that people are also doing it a lot more. Do we want to be fat? It seems more reasonable to say that the individual choice to eat a Ho-Ho is purely my own, but the aggregate of choices reflects forces beyond our mere collective will. The poorer I am, the more Doritos I eat. The more Doritos I eat, the richer Yum Brands gets. There is a vicious circle in there somewhere, and the engine just might be each our liberties.