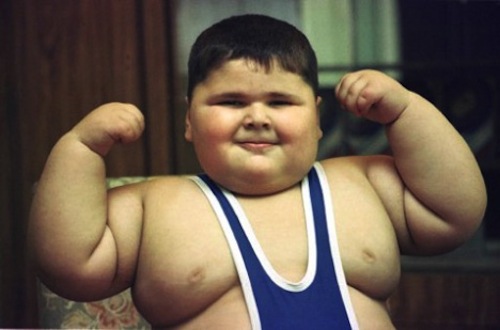 Charles Holliday, Chairman of the Board of Bank of America

The City of Baltimore has filed a lawsuit in Manhattan federal court, alleging that banks deprived the city of millions in investment income by conspiring to fix the London interbank offered rate. Stay with me. Like all aspects of banking except robbery, the Libor is extremely boring. It is the benchmark interest rate at which banks loan money to one another, and it provides the basis for interest calculations on a variety of investments, loans and other financial instruments. When the Libor goes up, banks pay more for cash flow loans, and some investments yield more. When it goes down, banks pay less and some investments yield less. According to Peter Shapiro, an advisor to Baltimore and other municipal investors, “about 75 percent of major cities” have lost money due to Libor manipulation.

You may remember Libor from last month, when Barclays admitted to manipulating rates during the 2008 financial crisis and paid $450 million in fines. More likely, you remember that Tom Cruise and Katie Holmes got divorced. As financial scandals go, Libor manipulation is even less understandable than collateralized debt obligations. It slips through the mind. I can keep hold of the notion that banks make a slough of short-term loans to one another every day and that these loans can be conspired about, but then when I try to conceive which pension funds suffer from low rates and how municipal bonds pay, my brain relaxes and turns to cat videos. Otherwise it might dry out.

It’s a hard scandal to sell, in other words. Here is a bona-fide international banking conspiracy, the kind your grandpa learned to talk about instead of talking about Jews, and the first step to understanding it is to learn a series of up/down rate correlations. Perhaps I am a cynic, but that seems like a high barrier to entry. Worse, Libor fluctuates daily, so the plaintiffs in the associated civil cases—which include not just Baltimore but Nassau, Long Island and the California public pension system—have to demonstrate that banks conspired to fix rates on the particular day that a given investment dividend was calculated. Probably, banks will settle before such questions are litigated. But the odds of a concrete narrative of Libor wrongdoing taking hold in the public consciousness seem dismally low.

It will be a shame if popular outrage proves hard to come by on this one, because in many ways it reflects the kind of systemic, multi-bank abuse that the foes of corporatocracy have long alleged but failed to pin down. Almost by definition, the Libor scandal is industry-wide. The lawsuits name more than a dozen banks, including Bank of America, JPMorgan Chase, Deutsche Bank and Barclays. This brings us to the second problem: it is difficult to inflict meaningful punishment on these banks without damaging the entire banking industry.

The losses to each plaintiff are difficult to calculate, and collusion is notoriously hard to prove. It seems more likely that these cases will be settled by negotiation or government fiat. Given that Libor fixing represents a conspiracy of banks against the public, and that said conspiracy was undertaken in the midst of a global economic collapse itself largely caused by those banks, some sort of federal punishment seems appropriate. Yet to inflict such punishment would require A) picking an essentially arbitrary amount of damages and B) fining pretty much the entire banking industry. In other words, the government would have to engineer a small-scale bank crisis.

Don’t worry; if federal regulators have shown us anything in the last four years, it’s that they intend to inflict no meaningful punishment on the financial industry under any circumstances. Whatever banks did to Libor in 2008, they’re keeping the money they made from it. Barclays made approximately $9 billion last year. A $450 million fine constitutes about 5% of that profit, which is both frustratingly small and problematically significant. It doesn’t seem like fitting punishment for worldwide gouging during an economic collapse. Yet a five-percent profit reduction, applied across the entire banking industry, would replicate the conditions of another crisis.

So we face a problem of scale. Banks are large and few enough now that they can collude to impoverish cities for their own profit. They are also large and few enough that to punish them is to punish ourselves. We have raised a prize pig so fat and voracious that she occasionally pulls one of our cousins under the fence, and we can’t do anything about it because she’s our best hope of making it through the winter. I have no idea what to do about this problem, because I don’t really understand banks or pigs. I only know that I need them, and they are plotting against me.