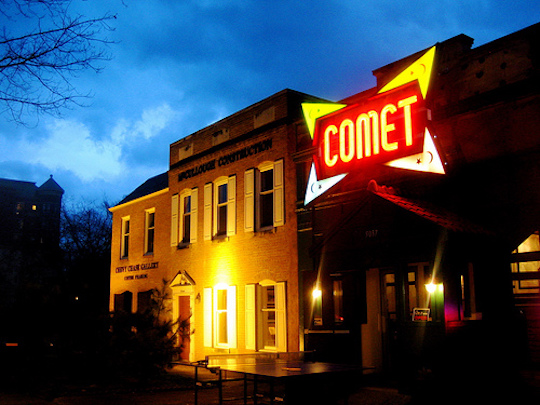 There is very little Combat! blog today, because I am about to get on a plane for the third week in a row. While I submit to the tender mercies of United Airlines, how about you consider that we may have finally broken democracy? Thanks to fake news stories and social-media conspiracy theorists, thousands of people now believe that Comet Ping Pong, a pizzeria in Washington, DC, is the headquarters of a child sex-trafficking ring run by Hillary Clinton. The owner and his staff have been getting death threats, and they’ve seen their children’s pictures used as photos of victims in fabricated stories like Pizzagate: How 4Chan Unconvered the Sick World of Washington’s Occult Elite. Don’t search #pizzagate on Twitter unless you want to lose faith in the American experiment. It’s possible that we have failed to teach millions of people the critical thinking skills necessary to function in civil society. Everyone had to be this dumb in the early 19th century, before the advent of public schools. But could they share their dumb ideas this effectively? Perhaps the analog here is not present citizens:past citizens but present publishers:past publishers. Everyone may have been dumber in the 1830s, but they were not the editors of their own newspapers. O brave new world.