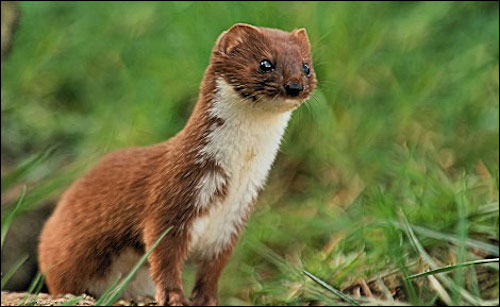 American Tradition Partnership, formerly Western Tradition Partnership, was ostensibly dedicated to fighting “environmental extremism.” That mission statement qualified it for 501(c)4 status as a social welfare organization, which meant it could collect virtually unlimited amounts of money without paying taxes or disclosing its donors. It spent that money on attack ads against Democratic and moderate Republican candidates for public office, particularly those who supported any kind of environmental regulation.

ATP was pretty obviously a mouthpiece for mining and power industries, but as far as the IRS and various election commissions were concerned, it was a charity for people who thought environmentalists were wrecking society. It was “primarily” a social welfare organization, whatever that means.

It appears that ATP went from exploiting the law to ignoring it outright, all while working to overturn what few campaign finance restrictions still existed. It was a bad organization by every metric you can think of, and now that the courts have caught up with it, ATP does not exist.

The phone is disconnected. Emails go unreturned. The website is still up, but ATP’s director has resigned, and the list of people who funded the organization never had to be disclosed. Poof. Good luck collecting that $260,000.

This situation draws attention to the problem with allowing corporations the same constitutional rights as individuals. The arguments that animated Citizens United v. FEC rely on the notion that money spent on political advocacy is a form of speech. We may not like it when coal mining and electric corporations invent a charity and give it thousands of dollars to run a picture of Steve Bullock and three child molesters under the headline “1 in 4 sex offenders go unregistered,” but the First Amendment says people get free speech. Corporations are owned by people, so they get free speech, too.

This idea underlies Mitt Romney’s ill-advised claim that “corporations are people, my friend.” Corporations are not people, and one of the ways they are not people is the convenience with which they can cease to exist. ATP demonstrated that neatly. It exercised its First Amendment rights and petitioned the courts with its grievances through two election cycles and then, when it was finally caught breaking the law, it dissolved itself to escape punishment.

Imagine a person who could kill himself and come back to life in another body days later. Such a person would be virtually impossible to punish. You couldn’t imprison him. You could not fine him, because dead people don’t owe the courts. Such a person would have no incentive to obey the law as we understand it, because American law is based on punishment and not preemption.

Now imagine that this person only cares about making money. He doesn’t have any loved ones. He doesn’t like any particular culture or value system. He just wants to get that paper. He has no conscience, and he does not fear death. When election season rolled around, would you fight for this person’s right to influence politics in the same way as everyone else? Would you go before the courts and argue that his money is speech? Would that make a better society?