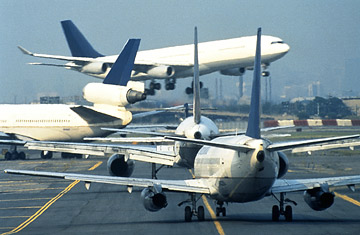 …as near I can determine it from the guy yelling into his cell phone next to me:

First of all, Cherry Creek Brewery has a mac and cheese that’s light years ahead of ours, and it is off the hook. Visualize this: macaroni, cheddar and cream tossed with roasted garlic, then finished with truffle oil. Truffle oil! Fourteen ninety-five. No, I am not fucking with you. I’m not. Seriously. Fuck you, it’s fourteen ninety-five. What does ours cost? That’s because it’s shit.

Second of all, Moxie has totally opened my eyes on pricing. We can grow our check average up and our food costs down by eliminating menu items in the ten to fourteen dollar range. Ten ninety-five, $11.95, $12.95 and $13.95. Those are all in the ten to fourteen dollar range, and we should eliminate them. What you do is, burgers and salads are all under ten dollars, and then entrees start at $14.95 and go up to twenty dollars, and above that you’ve got your proteins. That’s it. I totally caught him on something, though. I was like, Mox, you’ve got all the salads down below ten dollars, and then nothing in the ten to fourteen dollar range, but the seafood salad is $13.95. He tells us all this and then he brings out the seafood salad, and it’s $13.95, and I totally called him out on it. Everybody laughed. I’m just saying.

The other thing I don’t agree with is the three-manager system. Moxie says any operation that does less than five million a year can get by on two front of house managers and a KM. I think it’s more like three-five. I mean, College Park is doing four and there’s no way we could get by on three managers there. Not with one of them’s Darlene, at least. Darlene is not going to do it with one other manager. She’s fine; I’m just saying she can’t handle it herself with only two other people. Let’s not talk about Darlene.

I’m on the runway. It’s a CJ-247. Fourteen C. The Outdoor Expo goes until Thursday, and we need to finalize our agenda for while I’m there. We need to identify all of the actions we need to accomplish. I will now say the word “yes” approximately fifteen times in a row, with the exact same inflection every time. Also, I weigh approximately 280 pounds. I’m not morbidly obese; I’m definitely more than six feet tall, and it seems like I was physically fit at one time—I probably played line—but I’m definitely having difficulty fitting in one coach class airplane seat. It’s possible that it’s because I can’t close my legs sufficiently to keep them parallel to each other. A sixty degree angle is pretty much the minimum. It goes without saying that this arm rest is mine. Later, when I fall asleep, my hand will drift toward your genitals, and you will have to cross your legs and hit it with your knee to wake me up. Also, I can only assume, based on what I did this morning, that I have very little aftershave left.