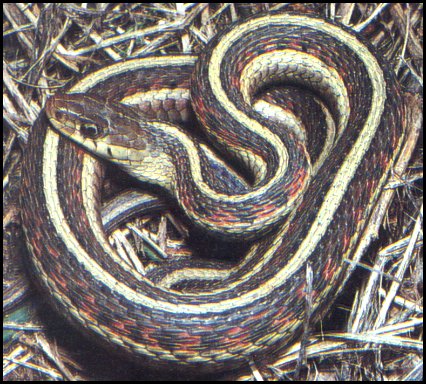 The friendly snake that operates Sarah Palin, enjoying a rare moment of repose

Combat! blog’s vacation in sunny lazy California continues today, and I am too sunny to produce a long post about fat people/pants. Fortunately, the ever-vigilant Ben Fowlkes has sent me a terrifying video of interviews with Sarah Palin supporters. Surely it’s an example of uncharitable editing, but it still offers a chilling vision of an America that does not make its political decisions on the basis of political issues. The melange of talk radio catchphrases that passes for discourse among these people is simultaneously baffling and weirdly distinct; they all talk kind of the same, and what’s most unnerving is that Sarah Palin talks like that, too. She’s like some sort of rhetorical surrealist, who has tapped into a deep vein of subconscious connections that operates below logical reasoning. Understanding the people in this video is like trying to read a digital clock in a dream. Video after the jump.