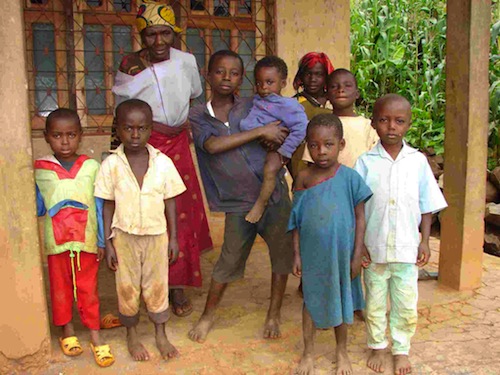 Children in Cameroon, the country whose distribution of wealth is most similar to that of the US.

Did you know that the CIA keeps statistics on distribution of wealth and income in various nations? Historians and sociologists have long considered income equality a prime indicator of social stability, which is why our friends at Langley have something called the Gini Index, which assigns numerical ratings to income/wealth distributions according to their deviation from the Lorenz curve. Don’t try to understand the Lorenz curve from that Wikipedia introduction or your brain will explode. In fact, don’t think about the CIA’s inequality ratings at all. Especially don’t think about how the difference between the US Gini Index score from 2000 and our score from 2007 is greater than the difference between our 2007 score and that of Papua New Guinea. Since the end of the Clinton administration, America has gotten halfway to achieving the economic equality of Mexico. We’re more than halfway to Zimbabwe. We continue to be less equally distributed than Iran and Cambodia. Of course, our overall standard of living is much, much higher than what those countries enjoy. Considering that the Gini Index is tabulated as a measure of social stability, though, it should be noted that our Central Intelligence Agency considers us a more fertile land for unrest than Turkmenistan. But that’s nothing to worry about.