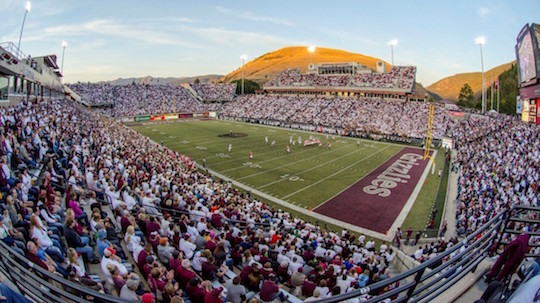 Washington-Grizzly Stadium at the University of Montana

The University of Montana’s Bureau of Business and Economic Research has produced a study estimating the economic value of Grizzly athletics at $120.8 million in sales and $52.8 million in compensation each year. Those are big numbers, especially in a town the size of Missoula. The study’s methodology, however, suggests it was conducted with an eye toward making those numbers as large as possible.

For example, it counts tuition and fees payed by all student athletes, plus whatever scholarships they get, plus tax funding for UM athletics. It counts travel and accommodation expenses during away games, as well as lodging, meals and even auto repairs purchased by visiting fans. It counts not just the salaries of all athletics-related employees, from trainers to food service vendors, but also the value of their benefits and the estimated economic activity their spending generates. The assumption is that if Grizzly sports didn’t exist, everyone involved with them would disappear.

If that’s its approach, I think BBER forgot some items. For example, the study does not take into account sales of Jon Krakauer’s book Missoula: Rape and the Justice System in a College Town. It doesn’t include the salaries of police who investigated student athletes or the attorneys who represented them in court. It completely overlooks game-day alcohol sales. It’s possible these lines didn’t make it into the BBER calculations because they reflect an aspect of UM athletics that has been controversial in recent years.

I choose to look at this study as a tentative step toward acknowledging those problems. Yes, it introduces the strange scenario in which UM athletics vanishes completely, and it conducts an argument so exaggerated and purely economic as to be almost funny. But it is also a tacit acknowledgment that something has gone wrong. The first step to defending your net value is admitting you have a downside, even if you must introduce a false dichotomy in the process.

No one is talking about disbanding the Griz. A lot of people are talking about the massive sexual assault scandal that may or may not have reduced enrollment by 20% over the last five years. If we’re going to perform a broad accounting of costs and benefits, let’s make sure we count everything. You can read all about it in this week’s column for the Missoula Independent, which is sure to anger superfans. We’ll be back tomorrow with Friday links!