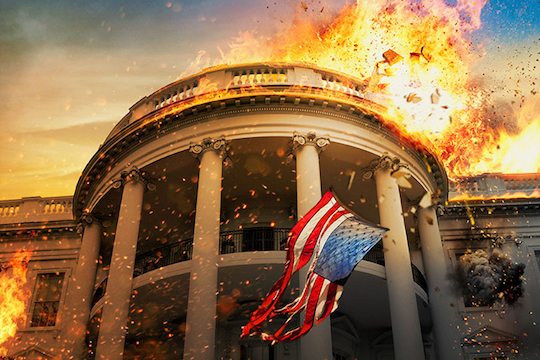 Reasons this is not good:

And yet. There’s something about this video that feels alive, if only as an expression of Snoop’s frustration. Trying to parse the clown metaphor is just hard enough to keep the viewer engaged. White people are clowns, including the white clown who lives with his black family and smokes weed on the way to work. Most of the black people are not clowns, but one of them wears a sweatshirt that says “clown,”2 and the black cop is definitely a clown.

All the guns are toys. But the toy gun that Dad Clown snatches from his son is a toy for children, whereas the toy gun the cop shoots at Dad Clown tears holes in his chest. The gun Snoop uses to shoot President Clown looks like a real gun, and it makes a gunshot sound. Even though I knew what was going to happen, I was a little shocked when I heard that sound. But this gun is most definitely a toy, too, what with the flag that says “bang” and all.

I think it’s safe to say this whole thing is a metaphor, but the rules of that metaphor are hard to pin down. The ambiguity is kind of thrilling. This is clearly a work of late-career insanity by Snoop. But there’s something vital about it. As much as the idea feels worked over and rewritten, it also feels like he had fun making it. He has a vision. It is weird and probably failed, but at least he’s doing something.

There’s that petty audacity, though, so mostly what he’s doing is getting on Fox News. They seem to be the only ones worked up about this, which seems appropriate. Gangsta rap and moral outrage are in a symbiotic relationship. Snoop has executed a pretty safe provocation, here, but there’s still something about it I like.

I think it’s the shot near the end, when Snoop and his friend are passing a joint back and forth and blatantly leaving the clown resembling Donald Trump out of the rotation. In Snoop’s world, this must be the ultimate insult. It is also a distillation of pop liberalism’s threat to Trump: everyone is going to be cool and have a good time together, but we will leave you out. I await his resignation.