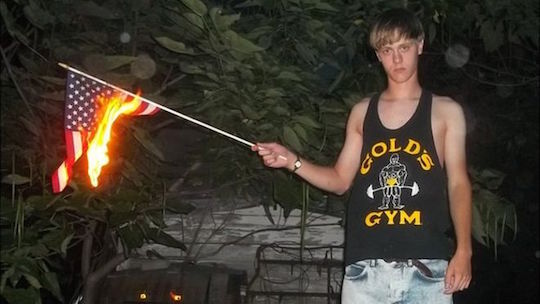 As you probably forgot, jihadis affiliated with Al-Qaeda killed more than 3,000 Americans on September 11, 2001. Since then, thwarting terrorism has been a top priority of American policy and discourse, and the country has agreed, kind of, that even longstanding interpretations of the Bill of Rights are less important than the threat posed by radical Islam. Also since then, self-proclaimed jihadis have killed 26 Americans, while domestic right-wing and anti-government terrorists have killed 48. Those numbers come from the Washington research group New America, as summarized by this article in the New York Times. Ask most candidates for public office, and Muslim terrorists are an existential threat to the United States. Ask law enforcement, and the bigger problem is right-wing extremists.

Why we focus obsessively on jihad instead of domestic terrorism seems pretty obvious: radical Islam is alien and scary, whereas the belief that the federal government is conspiring with the UN to abolish private property is grandpa. Also, saying domestic extremists have killed more Americans since 9/11 is like saying the United States has fought zero wars over slavery since 1865. When it comes to terrorism, that one event dwarfs everything else.

Still, I would put our national discussion of domestic, right-wing terrorism somewhere between very little and nil. That might be because, unlike the tenets of radical Islam, the views espoused by your Timothy McVeighs and your Dylann Roofs are often exaggerated versions of mainstream conservatism. I think there are analogs between Ron Paul declaring the Federal Reserve unconstitutional and things like the sovereign citizens movement. Outside of Amish communities, there is nothing similar to radical Islam in American discourse. But the idea that immigrants threaten to displace whites or that contemporary US government is an unconstitutional tyranny is conservatism only more so.

To be clear: I am not saying that conservatism and domestic terrorism are the same thing. I am saying that if you believed everything Glenn Beck said, you might conclude that America was on the verge of a crisis to which violent revolution was an appropriate response.

The Republican Party does not want the American public to fear domestic extremists because domestic extremists and Republicans fear the same things. Again, that’s what “extreme” means; it does not mean that Republican ideas encourage domestic terrorism. But I think it does mean that we are more comfortable talking about radical Islam, which overlaps almost not at all with American ideological consensus, than about domestic ideologies that some of us kind of partially agree with.