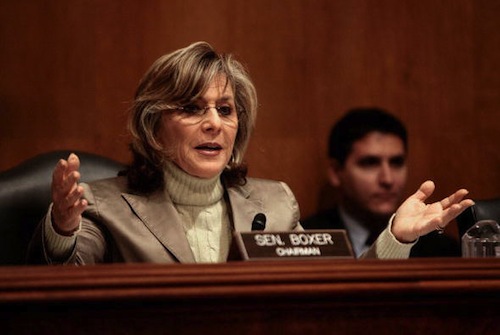 "Would it kill you to bring two sandwiches? Is this so much?"

Yesterday, the US Senate voted on S. 782, a bill to reauthorize and fund the Economic Development Administration. The EDA has been around for forty years and commands a paltry $300 million budget, but S. 782 died in a 49-51 vote due to what The Hill calls “100 mostly nongermane amendments offered by Republicans and Democrats.” What was supposed to be an innocuous or even benign “jobs bill”—and those scare quotes should be taken as extremely frightened—sunk under an accumulation of proposed additions, including amendments to suspend Obamacare, repeal last year’s financial regulatory reforms, block the Department of the Interior from declaring the prairie chicken an endangered species, and abolish the Economic Development Administration. Jim DeMint proposed that last one, and I don’t imagine he did it with a straight face. After much debate and a speech about the importance of Rhode Island’s Gaspee Days, S. 782 died a lugubrious death. It was a hard outcome for the bill’s sponsor, Barbara Boxer (D–CA,) who just that morning opined that “this is a moment we can show we do what we say we are going to do. I am hopeful this bill doesn’t die today.”

Don’t say hope! you can almost hear Harry Reid hissing from the back. Since the GOP got its 2010 mandate to enact the failure of the Obama presidency, Congress has proposed 3,415 bills. Eighteen have become law. The sheer number of doomed bills—99.47% of the total volume—means that any one of them is likely more useful as a medium for political messages than as an instrument of government. It’s like when you mean to renew your health insurance but you wind up writing notes to your mistress on the backs of all the forms. Then you get prostate cancer.

He proposed an amendment to S. 782 authorizing individual states to ignore the Affordable Care Act, which would have fundamentally restructured American government had it any chance of passing. It didn’t, which is why Barrasso was free to present it to the Senate. “That’s a lot of my job here, to make sure the people of the country hear the things that are important to the people around me,” Barrasso told the Kansas City Star.

No it is not your fudging job, you can almost hear me hissing from my apartment. A simple country fellow like myself would think that a senator’s job is to consider and vote upon various bills, but the 2010 Senate is not in the business of making laws. It has refined the business of making political gestures, however, to a keen edge. Consider Rand Paul’s amendment to S. 782, which would have raised the federal debt limit to $16.7 trillion with no corresponding savings requirement. That doesn’t sound like the kind of thing Rand Paul would do, until you hear that he proposed the amendment ironically, as a sort of parody of the President’s original debt ceiling proposal. “I will vote no,” Paul told the world’s greatest deliberative body, “but I wanted to do this in consideration of the majority’s wishes.”

but it does not address the problem of whether we should continue to have an Economic Development Administration. Before it disappeared, S. 782 addressed the problem of whether certain lizards should be considered endangered, plus what kind of light bulbs we should make, plus whether this year’s EDA funding should be contingent on the completion of a fence around Mexico (DeMint again,) but then it died and addressed nothing. It would appear that, through inaction, we have abolished our Economic Development Administration during the worst economic downturn since the agency’s creation.

Maybe the EDA wasn’t doing anything to help anyway. Maybe it was just a way for career bureaucrats to get out of the sun, a venue for talking about the dire problems facing America without having to, you know, do anything. Maybe Republicans are correct in their assessment that the EDA is “wasteful and overrated.” Then again, maybe you could say the exact same thing about the 2010 Senate. At least it’s a good year to be a prairie chicken.