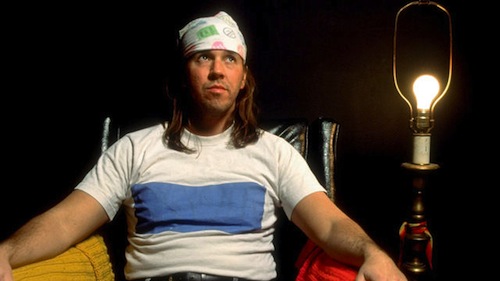 Whom do I have to kill to get a major award for literature around here?

Good news, you guys: the Pulitzer Prize committee has announced the winners of this year’s prizes in investigative reporting, public service, editorial cartooning, drama, biography, poetry, music and fiction. That last category is the one that counts, unless you’re some weirdo reporter, and it’s also the one in which the committee elected to give no award. They still announced finalists, though: Denis Johnson, David Foster Wallace and Karen Russell. Even more than all other authors of fiction, those authors specifically did not win a Pulitzer this year.

It’s kind of a burn, as Ann Patchett points out in the New York Times. Quote:

As a novelist and the author of an eligible book, I do not love this. It’s fine to lose to someone, and galling to lose to no one.

And she didn’t even write one of the three best books to not deserve a Pulitzer this year! Patchett surmises only two possible reasons for the committee’s decision: either they thought everything sucked, or they just couldn’t agree on which finalist most deserved the prize. Obviously, the second is the more pleasant hypothetical.

It’s also harder to invest in. If the committee really were deadlocked, you’d think the edge might go to David Foster Wallace, who A) posthumously published The Pale King in 2011 because he B) killed himself. But you can’t give a prestigious award to a substandard work just because the author carked it, and by all accounts The Pale King was substandard. Wallace never finished it, for chrissake, and it was cobbled together after his suicide and sold as a curiosity. All the other books of fiction published last year were worse than that.

Except, of course, for Train Dreams by Denis Johnson and Swamplandia! by Karen Russell—those books were exactly as bad. Before we continue, I should say that I still have not forgiven Denis Johnson for Tree of Smoke. Log of Shit, he should have called it. Yet that 600-page exercise in striking out swinging was utterly lauded. It won the National Book Award and was itself a Pulitzer finalist in 2007. It was proof that if you write one great book—Jesus’ Son, in Johnson’s case—you are a great author forever, and books by great authors are necessarily candidates for greatness.

The Tree of Smoke incident also proved that the contemporary literary-critical establishment is an imperial court. When the emperor comes flopping forth in his new suit of clothes, no one wants to be the only person to snicker. As a field, literature strongly discourages hating. It is the opposite of hip hop in that regard, and also in the regard that people don’t like it. Probably, these two phenomena are related. As Patchett observes:

The brick-and-mortar bookstore, as people seem to point out to us hourly, is not exactly a thriving business model (though we are doing fine), and the publishing industry, especially since the Department of Justice has decided to be Amazon’s bodyguard, is struggling as well. So while it’s true that the Pulitzer committee has, since its inception in 1917, declined to award the prize on 10 previous occasions, I can’t imagine there was ever a year we were so in need of the excitement it creates in readers.

That is true, except for maybe the this-year-more-than-any argument—I bet more people should have been reading in 1935, too. It is also true, however, that any medium that becomes more important to its audience than the individual works produced within it is consigned to death. You’re not going to see Dark Knight Rises because you support movies. The ballet, on the other hand, or the opera or the theatre—those are arts where the important thing is that everybody keeps going. Those are media where the field has become a museum, and they suck accordingly.

So the fiction committee’s move can be read two ways: as a bonehead missed opportunity for boosterism, or as a timely rebuke to a decadent establishment. You can guess which I support. I read only the original magazine essay for Train Dreams, parts of Pale King and none of Swamplandia!, but I know those authors. Along with Murakami, Atwood and Munro, they’re the ones that The New Yorker runs month after month after month, between the articles about how nobody reads anymore. They are the contemporary geniuses of an art that has descended fully into mannerism. In 2012, we have perfected a literature that not even a prize committee can get excited about.