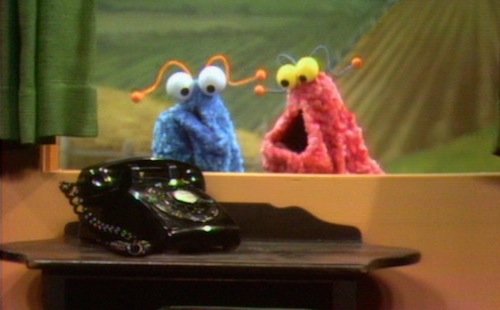 Good news, you terrorists: the foreign intelligence surveillance court order that authorizes the NSA to collect calling data on every American expires Friday. Also, ambiguous news, you guys: President Obama plans to ask FISA to extend the program for another 90 days, but he will also ask Congress to end it. The secret domestic surveillance program that for the last decade has been totally legal and okay will go away now that we know about it. I’m pretty sure that means the terrorists won. Thanks a lot, Edward Snowden.

Before you get on the phone and tell all your friends and inadvertently the government that happy days are here again, remember that this story could be told another way. President to extend bulk phone surveillance but call for end in future is less heartening news. The only sure thing here is that the NSA will be keeping track of every time you call your grandma for the next three months.

Even when it does get to Congress, the President’s proposed proposal will be one of several bills competing to curtail NSA surveillance. It might not pass—although to worry about that you’d have to believe that the House and Senate might somehow prove hostile to one of Obama’s ideas.

The near certainty that Obama’s proposal will meet with some variety of resistance—obstinate, defiant, knee-jerk, growing, concerted, grimly unsurprising, Tea Party—in Congress forces us to consider several cynical explanations for this announcement. Normally I resist such theories as wild surmise, but I think context merits paranoia here. Some of these hypotheses seem absurd, but what would you have thought in 2008 if I told you that the NSA was monitoring the phone activity of every American? So let’s spin out some scenarios:

Obviously, this list gets crazier at either end. If you’re looking for a way to read the morning’s news as a sign that the President is trying to trick you, you’ll find it. But the fact that I am willing to even type scenarios (3) and (4) on the internet is a testament to how much the initial revelation of domestic NSA spying has shaken my trust in the federal government.

Our sitting President was fine with bulk collection of phone data for the entirety of his first term in office. He decided the program needed to come to an end at roughly the same time that Snowden told us about it. Maybe that’s a coincidence, or maybe Obama’s attitude toward the 215 program is mostly determined by public opinion. If we accept that hypothesis, we have reason to believe that his plan to end it is a plan to address public opinion, too.

This is perhaps the most depressing aspect of Snowden’s revelations. We learned that the Obama administration may be governing us for our own good—or not, depending on which scenario you like—but it is certainly not governing us with respect. Either the President was putting one over on us or he believed we were too dumb to know about a program to protect us. How must we understand everything he does now?